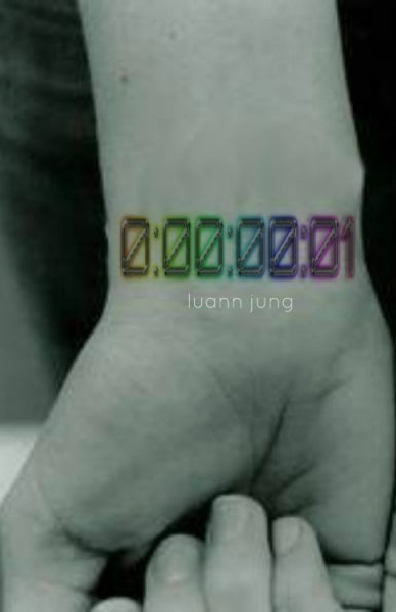 Where Araka lives, everyone has tattoos on their wrists that tell you how long you have left to live. The numbers are constantly moving, reminding you of how many days, how many hours, how many minutes and seconds, you have left.

And Araka has exactly three days left to live. She hasn't caught any of the life-threatening diseases that plague her dystopian, futuristic city named Croatlair. She's perfectly healthy, better than most actually. But still, she's only going to see this world--this world that sucks anyways--for seventy-two more hours. Is that lucky or unlucky?

But one day, Asher--her best friend who is going to die the exact second she dies--find a dead body just outside the city. And his number isn't all zeros, like it's supposed to be . . . . it's 7:06:54:12. The man died about a week early, and that never happens. They also meet a woman who's dying words were: "Find why, and gain time." and who's number wasn't all zeros either.

Araka and Asher set out to figure out what is going on, set things right, and maybe gain some time to live, but for now . . . they only have three days.

None at the moment.

I'll tell you that the movie is NOTHING like what I'm writing! Yeah there's the tattoo part but that's pretty much it.

In the movie time is like money but that's not in my story, in the movie people die early cuz they give their time away but in mine it's because things aren't going how the scientists planned
in the movie it's all about how everyone wants to be immortal but in the end it's causing so many other people to die, but mine is how the time isn't right (and more but I can't tell you, you have to read it),
the movie is about two people trying to take all the time while mine is about getting rid of time.
the movie doesn't have filthies (cannibals)
Mine is more fantasy-ish

Just to straighten that out.


This is for Fantastic1014's contest.