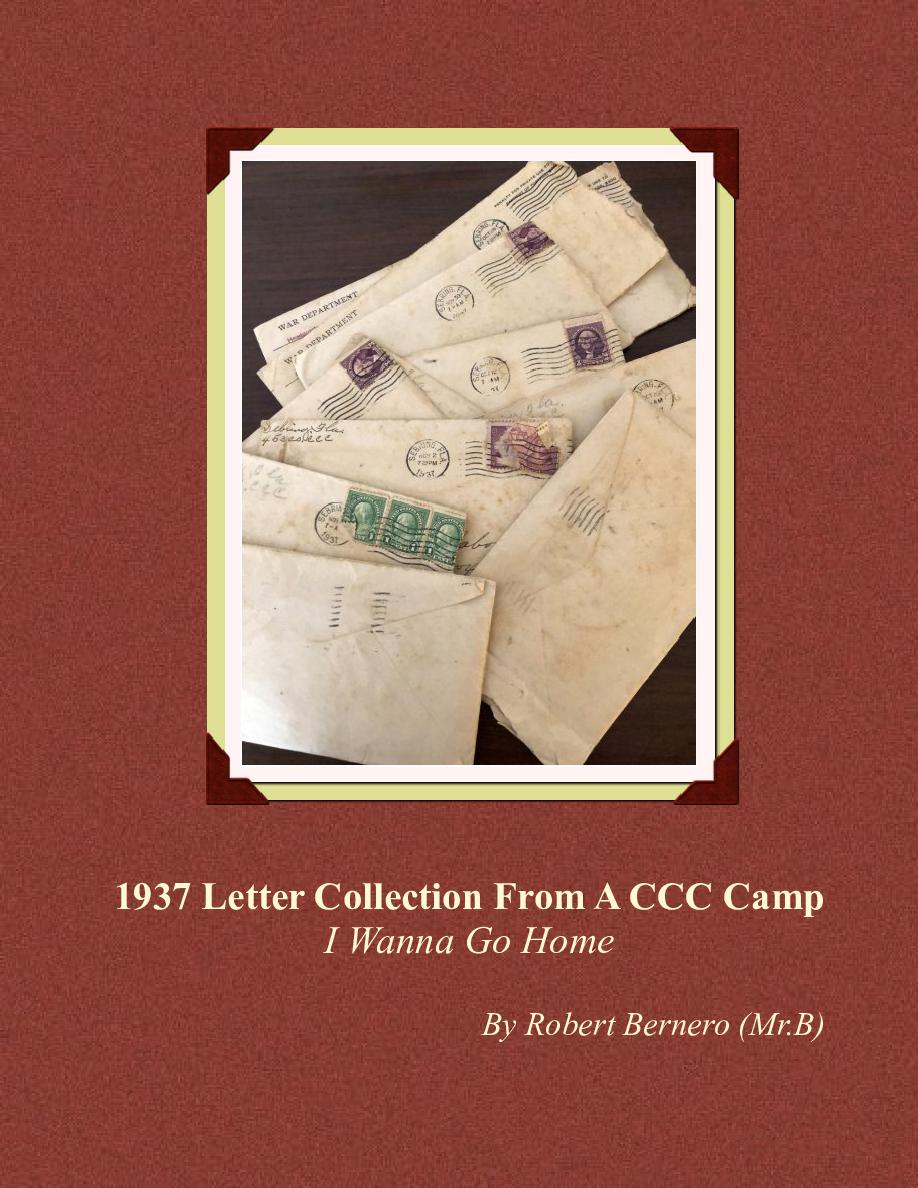 1937 Letter Collection From A CCC Camp - I Wanna Go Home

A collection of letters written by a family member to his father while serving with the CCC during the months of October and November of 1937 at a Florida location.

Robert Bernero (Mr.B) was born in 1942 in Memphis, TN. In 1960 he joined the United States Air Force and retired in 1981 at the rank of Msgt. Soon after retirement he attended Texas Tech University and earned a degree in General Studies in 1988. In 1992 he received his teaching Certificate with a Composite in Social Studies at the secondary level. He is currently substitute teaching in two districts in Lubbock, TX.