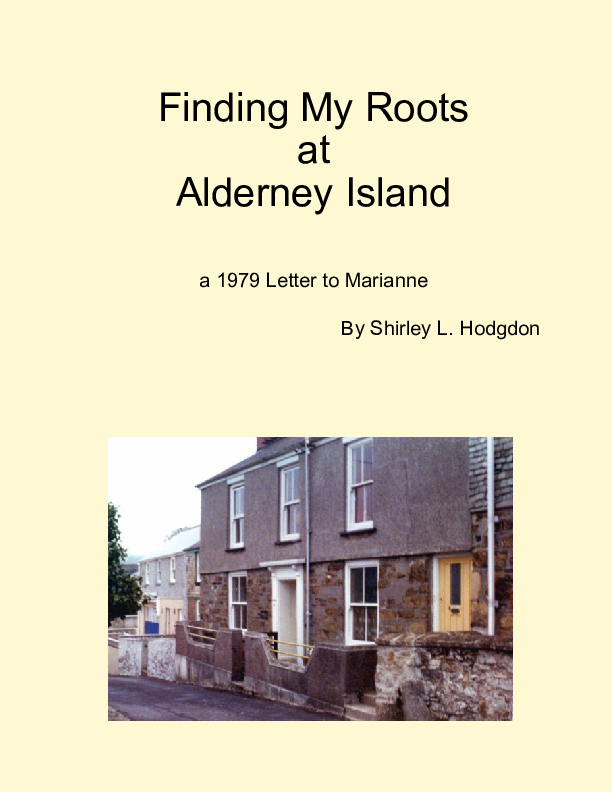 1979-Finding My Roots at Alderney Island and the UK

A 1979 letter to Cousin Marianne detailing a trip from the USA to Alderney Island, and Truro, Cornwall, England where Shirley Hodgdon researched her Lamson Halse family roots and found the home where her ancestors once lived.

Shirley was the NH State Regent for the DAR, the Mother Advisor for the Rainbow girls, and Worthy Matron of the Order of the Eastern Star. She was an active member of the North Church of Portsmouth, where she held positions as a Deaconess, and President of the church council. In 1976 she travelled to England’s Buckingham Palace as a representative of the City of Portsmouth, NH to personally deliver a city document to the Queen. At the state level, in 1974 she rose to become the very first elected female Chairman of the NH State Republican Party. She had the honor of hosting George H. W. Bush at her home when he was running for office, and often proudly pointed to the “President’s Chair” where George once sat. On the National level she was invited to several inaugurations and personally met with Mamie Eisenhower, Pat Nixon and Barbra Bush.