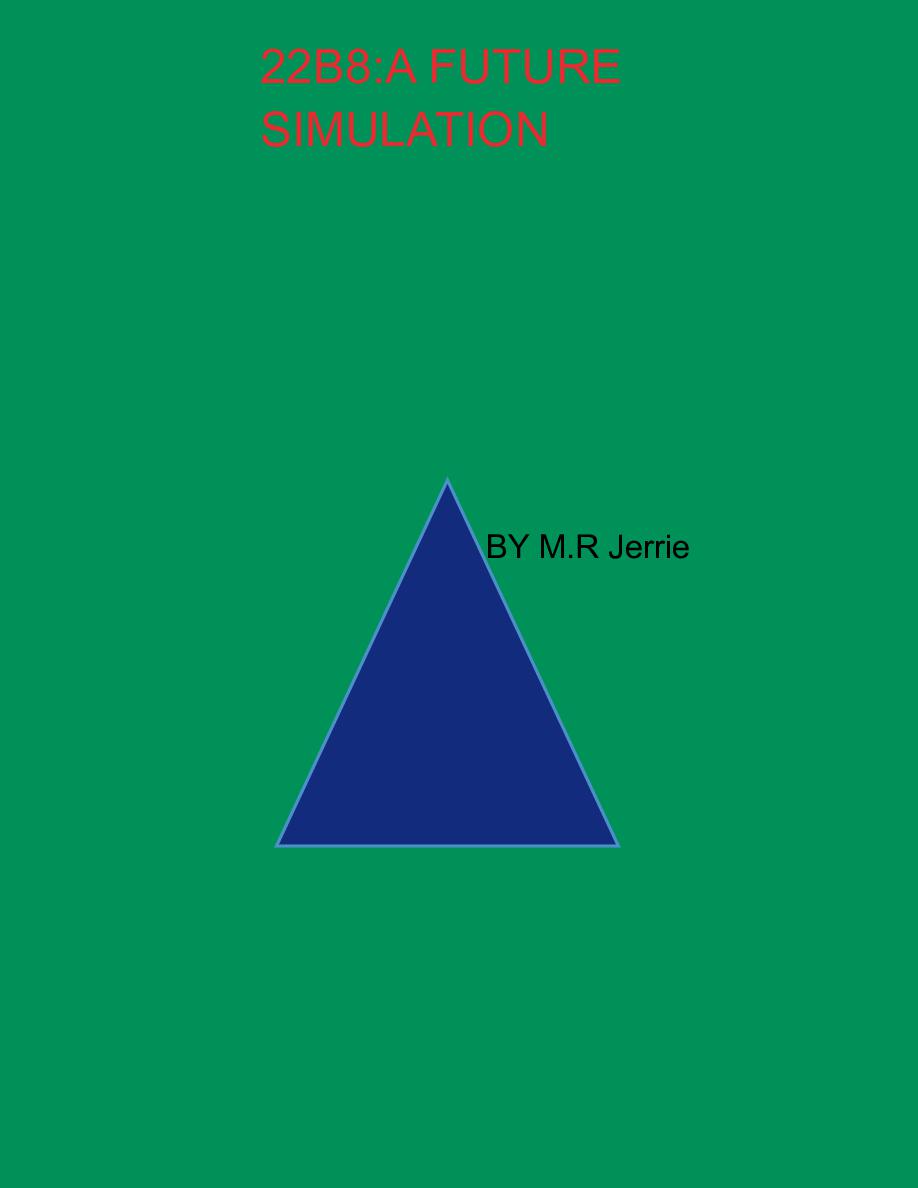 A man named apollo is on a mission to bring a diamond from the future to the present. as he is on his mission he causes a time paradox that might destroy the universe. based on the film on youtube by the same name, you should watch the movie on youtube and subscribe to the channel who made the film. MY NAME IS JAMES D-E i MADE THE FILM AND BOOK FOR 22B8:A FUTURE SIMULATION i WROTE THIS IN THE FIFTH GRADE.

i am a producer for the film "22B8:A FUTURE SIMULATION" AND "HIDE AND SEEK (FILM)" SO I MADE THIS TO SHOW THE SCREENPLAY OF THE TWO FILMS.