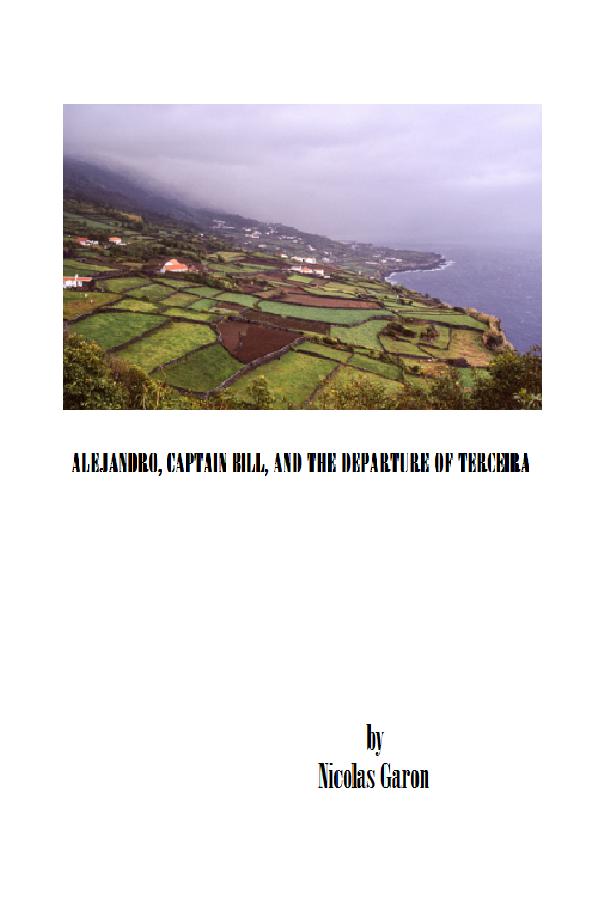 Alejandro, Captain Bill, and the departure from Terceira

This story is set in Boston during the early 1940s and details the story of a young man named Alejandro Ramires, who was born in Terceira Island, a small island in the Atlantic Ocean owned by Portugal. His only friends are his parents, although his father works for months at a time, yet he remained very content and loving of his small social circle. He meets a small amount of companions after his father pays a ferry-owner to send him to the United States to live the American Dream. He was only 15 and found himself adjusting to city life, while having an internal feeling of guilt for not doing more with his family while he could. it is revealed in the second half of the story that the storyteller is Alejandro, as it switches from 3rd person point of view to 1st.


Family is the answer.

My name is Nicolas Garon. I am from Baton Rouge, LA.
In this story, I am under the pen name Alejandro, and use many personal things from my life in this fictional story.

Messages from the author:
More Books by Nic Garon