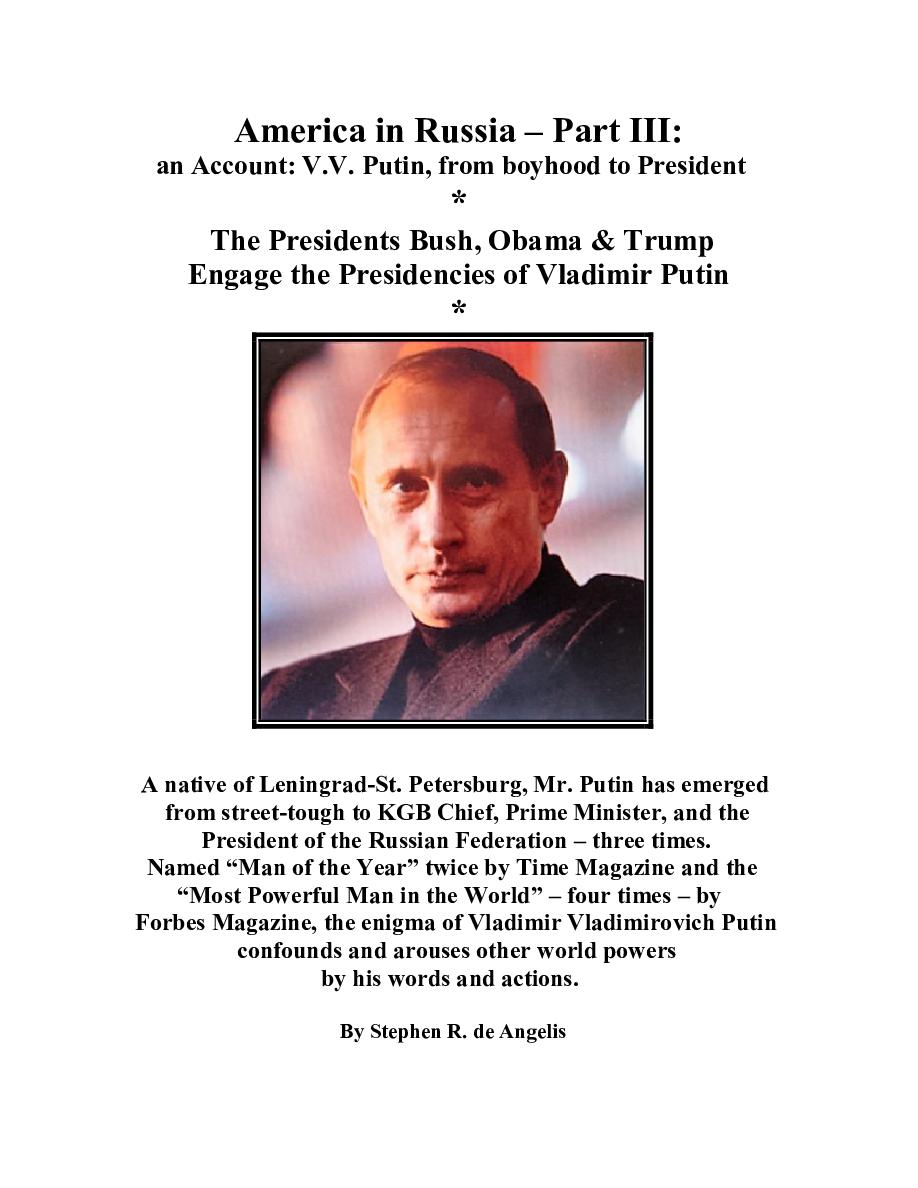 A native of Leningrad-St. Petersburg, Mr. Putin has emerged from street-tough to KGB Chief, Prime Minister,and the President of of the Russian Federation - four times. Named "Man of the Year" twice by Time Magazine and the "Most Powerful Man in the World" - four times - by Forbes Magazine, the enigma of Vladimir Vladimirovich Putin confounds and arouses other world powers by his words and actions.