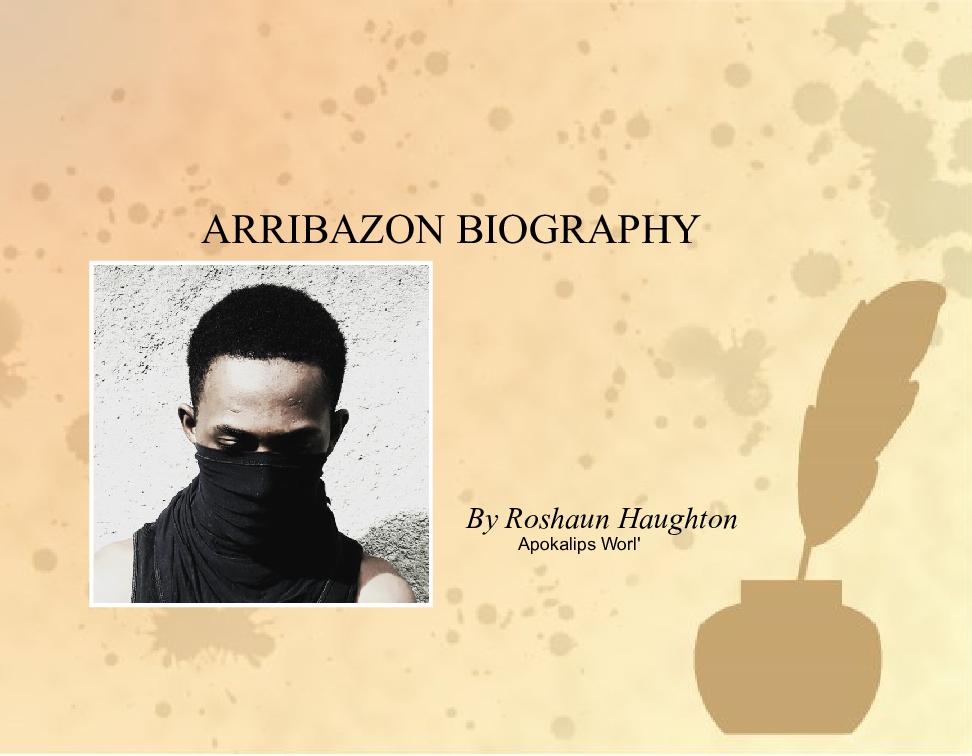 Jamaican born Singer, DJ, songwriter and performer, Arribazon who's real name is Roshaun Haughton is a lyrical artiste filled with addictive punchlines from the parish of Clarendon was given birth to at the Denbigh Hospital in MayPen, Clarendon on March 22, 2001. To parents Rowan Haughton who's artiste name is "Bonanzzah" and Scharna Haughton. As youngster while attending the Central High School, grade eight was where Arribazon began his music journey as an artiste. Roshaun discovered his stage name "Arribazon" after researching the Spanish version of his fathers' stage name, "Bonanza" (English Spelling). Arribazon did his first song "Mr. Gravalicous" with his father when he was fourteen (14) years old at Audio Traxx Studio at Burke Road, Old Harbour. Mr Gravalicous was released under the label "Bleeding Cross Production" owned by Bonanzzah. At the age of sixteen (16) Arribazon was recommended by Bonanzzah to sign up with the Elite Music Embassy...read more on Reverbnation