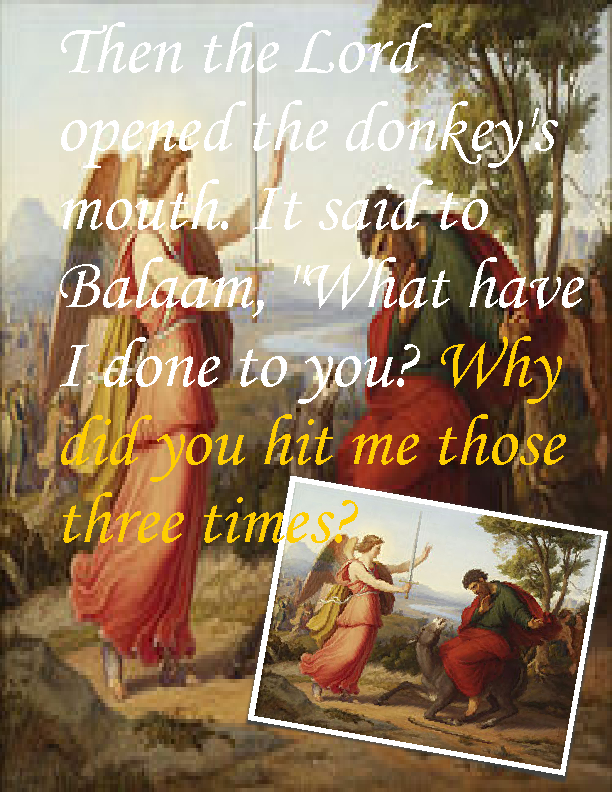 BALAAM And His Talking Donkey. - Then the Lord opened the donkey's mouth. It said to Balaam, "What have I done to you? Why did you hit me those three times?

Balaam (Hebrew: בִּלְעָם, Standard Bilʻam Tiberian Bilʻām) is a diviner in the Torah, his story occurring towards the end of the Book of Numbers. The etymology of his name is uncertain, and discussed below. Every ancient reference to Balaam considers him a non-Israelite, a prophet, and the son of Beor, though Beor is not so clearly identified. Though other sources describe the apparently positive blessings he delivers upon the Israelites, he is reviled as a "wicked man" in the major story concerning him. Balaam attempted to curse God's people. He failed all three tries, each time producing blessings, not curses (Numbers 22-24).