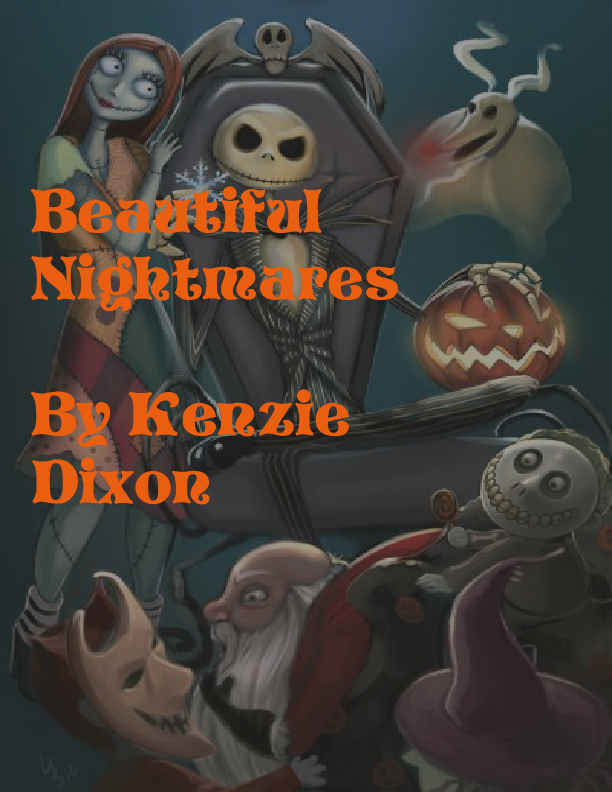 (Please Note: This book will be rated R only because of some...descriptive scenes between Jack and Sally as well as some language down the road).

You know they were simply meant to be, but what happens after? We have a little snippet at the end of the movie describing their children of course, but nothing about the in between.

That is where Beautiful Nightmares comes to play. This is the story of Jack Skellington and Sally Finklestein not long after Jacks Christmas fiasco. Theres romance, scares, fears, desires, longings, hopes, dreams, all of which are to be expected of Halloween Towns newest couple.

"From now on, I'll treat you the way a king should treat his queen" Jack said softly as he ran his fingers through her delicate cloth hair.

"Nonsense, Sally" Jack said lovingly "You're the love of my afterlife.."

*Disclaimer: I do not own these characters. This is clearly fan-fiction and the credit is to..

I am a young writier with a big imagination.

I have the tag 'Rated R' on this story because in the heat of my writing some of the romances scenes between Jack and Sally got a little heated. I normally don't write that way but I felt I should play it safe with the tag.

I hope you enjoy!