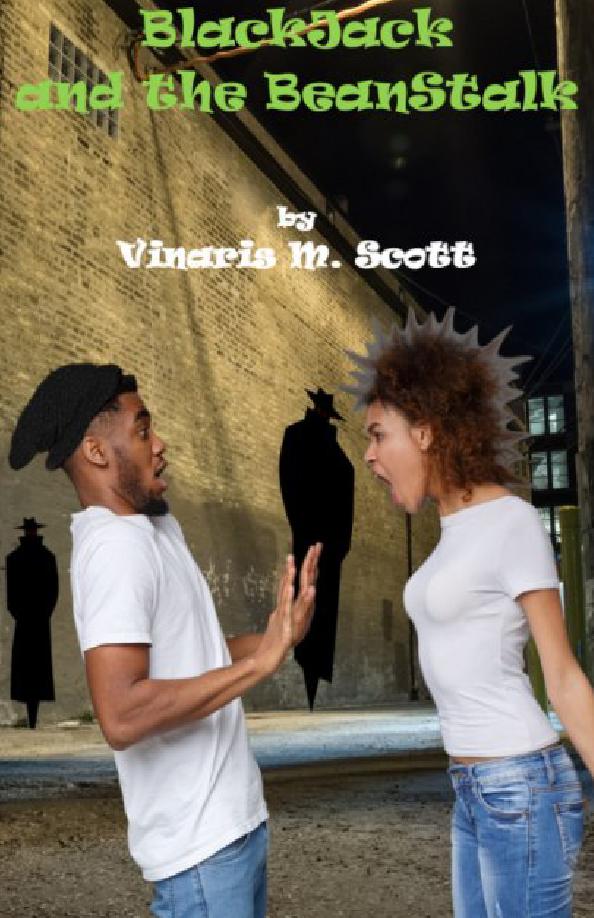 BlackJack and the BeanStalk

This is a modern day re-telling of the old story, Jack and The Beanstalk….with a more urban edge. A middle-aged man (who now calls himself BlackJack) is a former police detective turned conspiracy theorist. He also works for a prestigious advertising company. He excels in his new job. However, a lot of his conspiracy theories become problematic there. These problematic beliefs are further compelled when BlackJack meets a mysterious figure known around town as The BeanStalk. These compelled beliefs not only affect his job, but his relationship with his wife and best friend from the police academy.

BlackJack realizes that these beliefs are problematic for him, but his detective skills tells him there is something more going on. So, BlackJack must find a way to balance his beliefs, suspicions, while keeping his job and still maintaining a healthy relationship with his wife and best friend.

Vinaris M. Scott is a writer, actor, author, producer, director, and Iraqi war veteran. Mr. Scott has worked as a background actor in over 20 movies and TV shows including Black Panther, Uncle Drew, The CW series Valor, A Bad Mom’s Christmas, his own short film series The Legend of Ghoma-Roi, and many more. Mr. Scott has (at the time of the release of this book)already created three episodes of The Legend of Ghoma-Roi under his production company, KillaKrane Productions. Mr. Scott uses this production company to produce various films and books. Mr. Scott plans to create a book detailing the entire story of The Legend of Ghoma-Roi in the near future. So, keep an eye out for that. Those past episodes can be seen on his YouTube channel called “KillaKrane Productions.