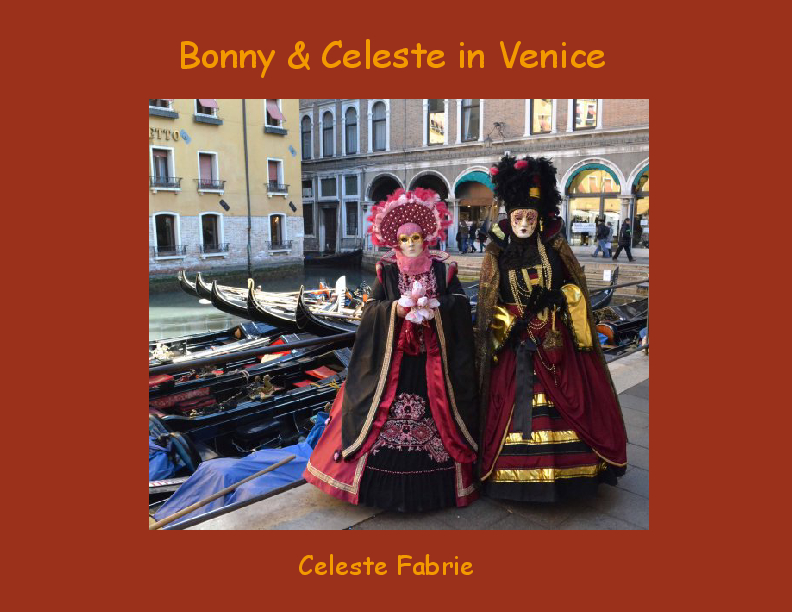 Author and her dog Bonny visit the highlights of Venice. This is a photo book designed for young learners.

Born in Durban, South Africa and immigrated to Germany in 1992 with my son Alexander. I have been living and working in Germany since then. In my free time I write a lot of stories and do research work. The story about Alexander and his little gang was written in 1979. It has been found again and brought back to life. It was originally written in German for my son Alexander and I plan to translate it later into English for all children and Adults to appreciate around the globe. The main characters in the book were my son, his teddy bear Annelisa and his cat Tommy.
The second series of childrens books now follow with Bonny my little dog as the main character who visits all parts of the world.These books are intended for young learners to teach them about the different cities and countries of the world with colourful photos and easy language.