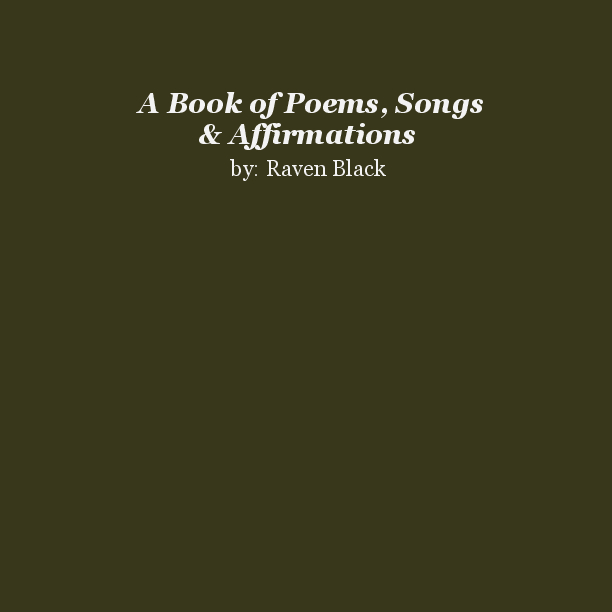 Book of Poetry by R Black

Raven Black has been playing and composing original poems and songs since she was a girl Melissa has previously played in many cover bands from 1997 to 2002. In 2003 she moved to London Ontario and found a few kindred spirits and they continue to play with their love for music & nature...which explains why they choose organic spiritual sound. She write intense lyrics her influences are folk, environment and song inspired with a few twists. She writeswith true conviction and emotion! The self-titled independent CD called Raven Black was released in fall of 2008 and will be for sale; as it has sold over 600 copies so far!She has begun to catalogue her writings with this book of poems be the first of many.

Messages from the author:
More Books by raven