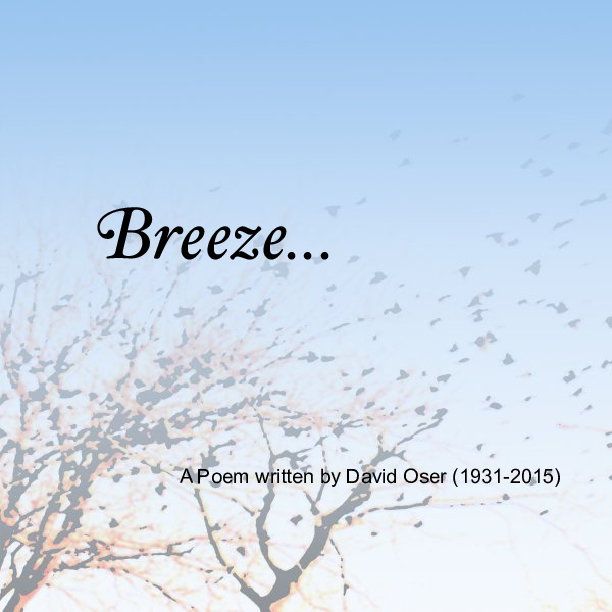 The poem "Breeze" was written by my father, David Morris Oser, on the morning of my Mom's funeral. While the day was heartbreaking to all of those who loved her, this poem truly expresses the depths of their love for each other, and, in a strange way, brought Mom to life for me as Dad made me understand that within every gentle breeze she dwelled. Now she and Dad swirl in these breezes together and they are never truly departed.

So to honor their breezy spirits, the words of my Dad, illustrated by the nature photography of my husband, Marc Barrison, are blowing your way.

He was always deeply involved with people – their lives, needs, dreams, glories and losses. He met and befriended memorable characters who, through his vivid imagination and command of language, have been turned loose in his novels and stories. They infuse passion in the author’s work, which include four novels, several poems and a collection of short stories. As his daughter, I am honored to be able to allow his essence to live on through his heartfelt writing.