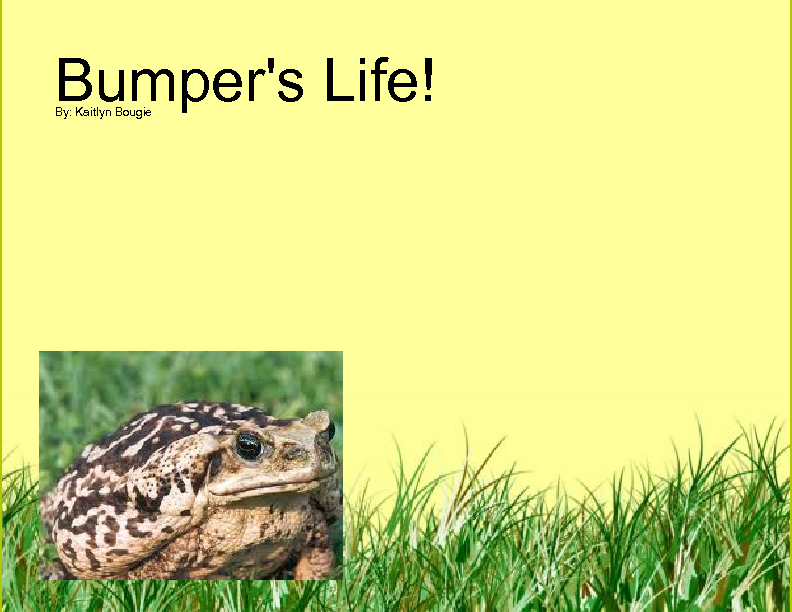 In this story, Bumper the toad thought he was a frog and the other frogs did too. They did not want him to play with them because they didn’t want to get sick. After Rosalie comes across Bumper she tells him that he is not a frog and that he is a toad. She also tells him that he is accepted for who he is. Bumper learns not to let other people control his feelings and that if he was a toad or a frog he is accepted no matter what.

I love to write books. These childrens books I will be writting is about accepted ppl or animals for who they are. I was inspiraed by my Grade 9 Religion Teacher