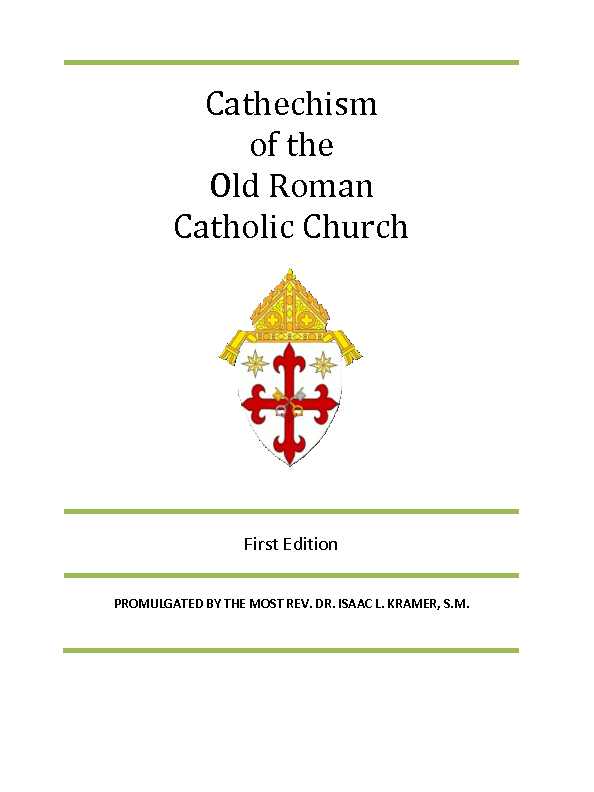 The official doctrine of the Old Roman Catholic church broke down for easy understanding for everyone.

The Most Reverend Isaac L Kramer, S.M., D.D., Ph.D., Th.D. serves as Bishop of the Old Roman Catholic Church. Prior to becoming Bishop of Old Roman Catholic Church, Bishop Kramer was the Metropolitan Archbishop for the Catholic Apostolic Church of Jerusalem and was once Patriarch Emeritus, until resigning from their jurisdiction on February 6, 2012. He has served as the shepherd of Church of the Holy Mother, Columbus, Ohio and Holy Family Mission, Springfield, Ohio.
Among his many community involvements, Bishop Kramer is the current Director of the International Catholic Association of Exorcist and Rector of St. Mary’s Old Roman Catholic Seminary. Prior to he has been a Faith Leader for Equality Ohio; Director of Equality Rising; Dean of Holy Wisdom Theological Seminary; and President of American College of Jerusalem Catholic Bishops.
Born in Buffalo, New York, Bishop Kramer’s family moved to Ohio in 1983. Bishop Kramer earned his bachelor’s degree in Divinity from Liberty University, Lynchburg, Virginia, and obtained his master’s degree from Trinity Institute of Christian Counseling, Harvest, Alabama. Bishop Kramer obtained his Doctorate of Philosophy in the field of Metaphysics, Templar University, New York, New York and his Doctorate of Theology, Holy Wisdom Theological Seminary, Phoenix, Arizona.
Bishop Kramer was ordained by The Rt. Reverend Linda G. Hensley, D.D. on July 16, 2001. He was ordained to the episcopate as Bishop of Ohio by The Most Rev. Dr. Robert J. Guffey, D.D. on January 18, 2009. At this time he served as the shepherd of St. Raphael Ecclesia of Columbus, Ohio. It was on September 16, 2009 that Bishop Kramer was made Archbishop of The Holy Order of St. Raphael Interfaith. Then on April 6, 2010 Bishop Kramer was consecrated and enthroned as Patriarch of The Catholic Apostolic Church of Jerusalem by The Most Reverend Frank Vandeventer, Metropolitan Archbishop of Christ Catholic Orthodox Church acting on behalf of Patriarch James “Seraphim” Mondok, in Cincinnati, Ohio. On October 10, 2010, then Patriarch Isaac, was subconditioned by The Most Reverend William “Bill” Quinlan, The Most Reverend George Philip Zimmerman, and The Most Reverend Marcus Heckman of the Reformed Catholic Church. Then again on May 7, 2011 Patriarch James “Seraphim” Mondok laid hands on Bishop Kramer and sub-conditione him.
Today Bishop Kramer is currently a Ward Superior of Our Lady, Holy Mother – Society of Mary American Region.