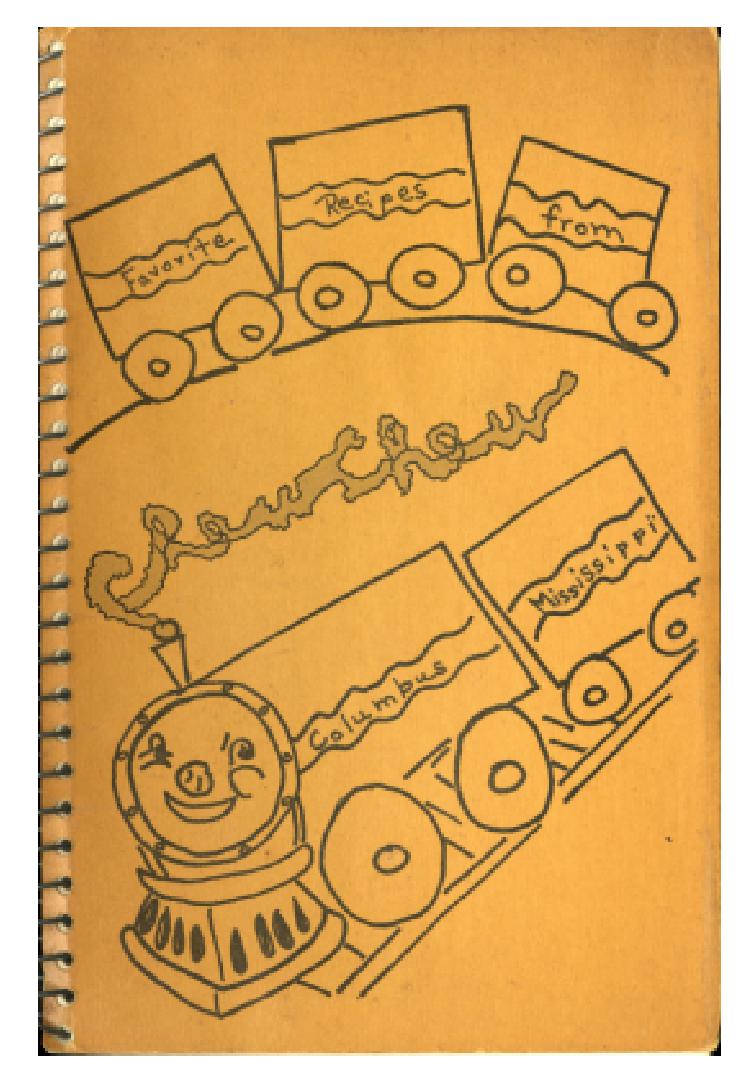 This is a reprint of the first Columbus Junior Auxiliary Cookbook that was first published in 1952. There was a 2nd edition later.

Most of the recipes are in the contributor's own handwriting. Some were handwritten by Mary Jane Owen.

This is a reprint of a copy that Catherine Taylor gave to Anne Hardy.

The recipes are an interesting mix of the old and the new of that era when frozen and convenience foods were becoming popular.

This was the bible of cookbooks for many households in Columbus for decades and gives us a "taste" of what was being served at dinner parties, barbecues, weddings, teas, and around the family table.

The Gilmer Hotel restaurant was the local gathering spot for fine dining and Leo Spatz submitted several of his popular dishes. Faculty from the "W" and members of the Air Force family at the Columbus Base also made submissions.

I am not the author, only the reprinter.