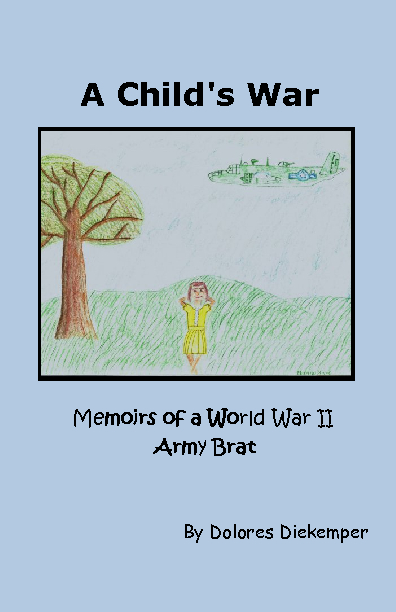 The author's personal experiences as a child during World War II

Born in St. Louis, Missouri, Dolores’s childhood was spent in Illinois. During World War II her father a physician served in the U. S. Army from 1941 to 1945 causing his family to travel and live in Louisiana, New Jersey, and New York.

She was Associate Editor of her high school and college newspapers. She attended Barry College, Miami Florida and graduated from Fontbonne College, formally a corporate college of St. Louis University. She was awarded several journalism awards. Her graduating degree was a B. A. in Elementary Education.

She married husband Bernard and moved to Cincinnati, Ohio where three children were born. Later six grandchildren were to follow. Her husband’s employment took them to Alexandria, Virginia. There she volunteered 20 years at a local hospital and was active in a Garden Club.