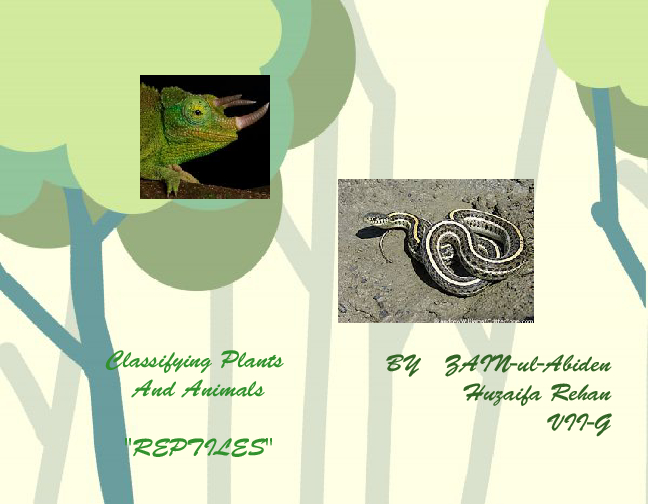 Reptiles,are an evolutionary grade of animals, comprising today's turtles, crocodilians, snakes, lizards and tuatara, their extinct relatives, and some of the extinct ancestors of mammals. Due to their evolutionary history and the diversity of extinct forms, the validity of the class is not universally supported in scientific circles, though in practice, it remains in use by some biologists and more laymen, especially in mass media. The study of reptiles, historically combined with that of amphibians, is called herpetology.The earliest known reptiles originated around 315 million years ago during the Carboniferous period, having evolved from advanced reptile-like amphibians that became increasingly adapted to life on dry land.Reptiles are tetrapod vertebrates, creatures that either have four limbs or , like snakes, being descended from four-limbed ancestors. Unlike amphibians, reptiles do not have an aquatic larval stage. Most reptiles are oviparous. Reptiles are cold blooded animals.

my name is zain i study in beaconhouse school systerm class vii. the author of this book are zain and huzaifa