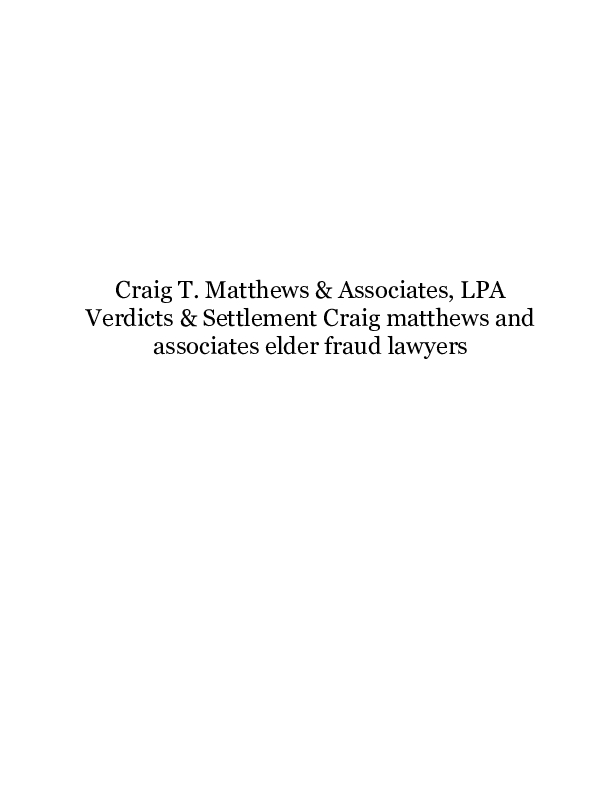 Represented elderly widow who with her husband had amassed substantial assets which were taken by manager of her bank. After forensic accounting investigation, filed suit against bank manager, bank manager's husband, and bank. Defendants claimed the assets they took were "gifts." Case was successfully mediated. The defendants were investigated by the FBI and criminal charges were pursued by the United States Attorney.

Represented elderly widow who was tricked in marriage then prevented from divorcing after "husband" filed application to declare her incompetent. After her death, represented her family in action to defend against claims filed by the estranged husband. After nine of estranged husband's 10 claims were dismissed upon our motion for summary judgment, the case was successfully mediated.