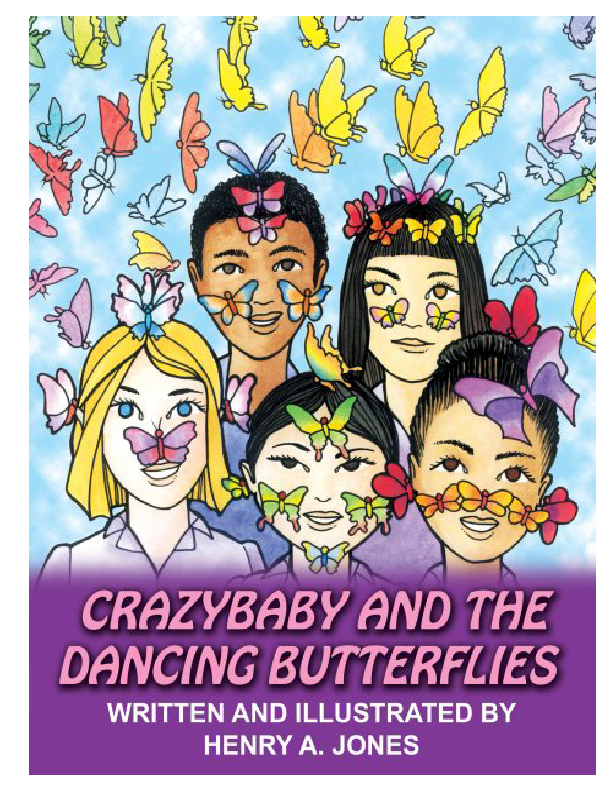 Crazybaby And The Dancing Butterflies

This is an exciting book that deals with real everday problems children face. The story travels between the world of reality and fantasy to solve the kids problems. The book inspires children to appreciate their differnces and to work together. This is an adventurous tail with page turning excitement and a very inspirational ending. If you want your children, grandchildren, students, whomever to have a positive reading experince. Let them read my book or even better read it to them.

My name is Henry A. Jones I’m a native of New Orleans, Louisiana, I was born on June 9, 1947. I had the desire to be an artist since I was ten years old. I graduated from Walter L. Cohen High School in 1965. I attended Southern University of New Orleans for two years majoring in Commercial Art. I also attended Delgado Junior College for two years graduating with a degree in Commercial Art. Upon graduation, I was hired by Godchaux's Department Stores as an illustrator. I worked there for a short period of time, before I was drafted into the Marines Corps. After finishing my obligations to the Marines; Sears and Roebuck hired me as the first Black layout artist in their advertising department in Louisiana. I designed newspaper ads and created illustrations. I worked for Sears for the next seven years.

Although I loved being a layout artist, I left Sears for a better paying job with more benefits. I started working for Monsanto Chemical Company and was employed there for 25 years,..