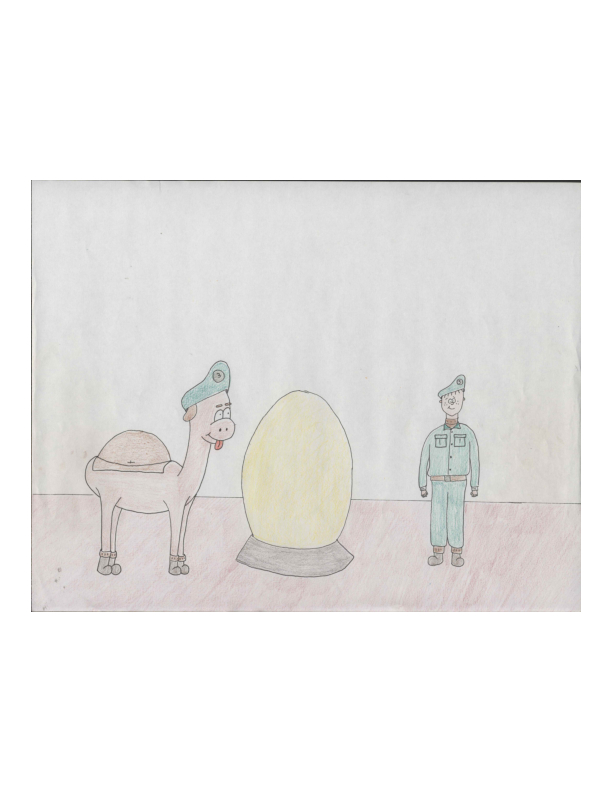 Doug the Camel and The Lost City of Eggypt

Doug the Camel and his friend Mack Moran are member of the Secret Mission Brigade. One day while they were at the old fort they went into town to get supplies. Their friend Mr. Sameed told them about The Lost City of Eggypt. A place with giant stone eggs, and in one stone egg there was golden egg with a special power that could be dangerous to the entire world! On the way home, they get caught in a sand storm. They run to a cave and decide to explore the cave. At the end of the cave, they find The Lost City of Eggypt. They use toilet paper to disguise themselves as mummies. They grab the golden egg and take it away by running on top of it. A giant chicken come out of the ground and chase after them. Doug and Mack run to the old fort. The giant chicken and a bunch of mummies chase them to the fort. They tell them that the only special power that the golden has is one that make great scrambles eggs!

Erik Tynan is from the Boston area. While serving in the Middle East with the he wrote Doug stories in letters to his nieces and nephews.