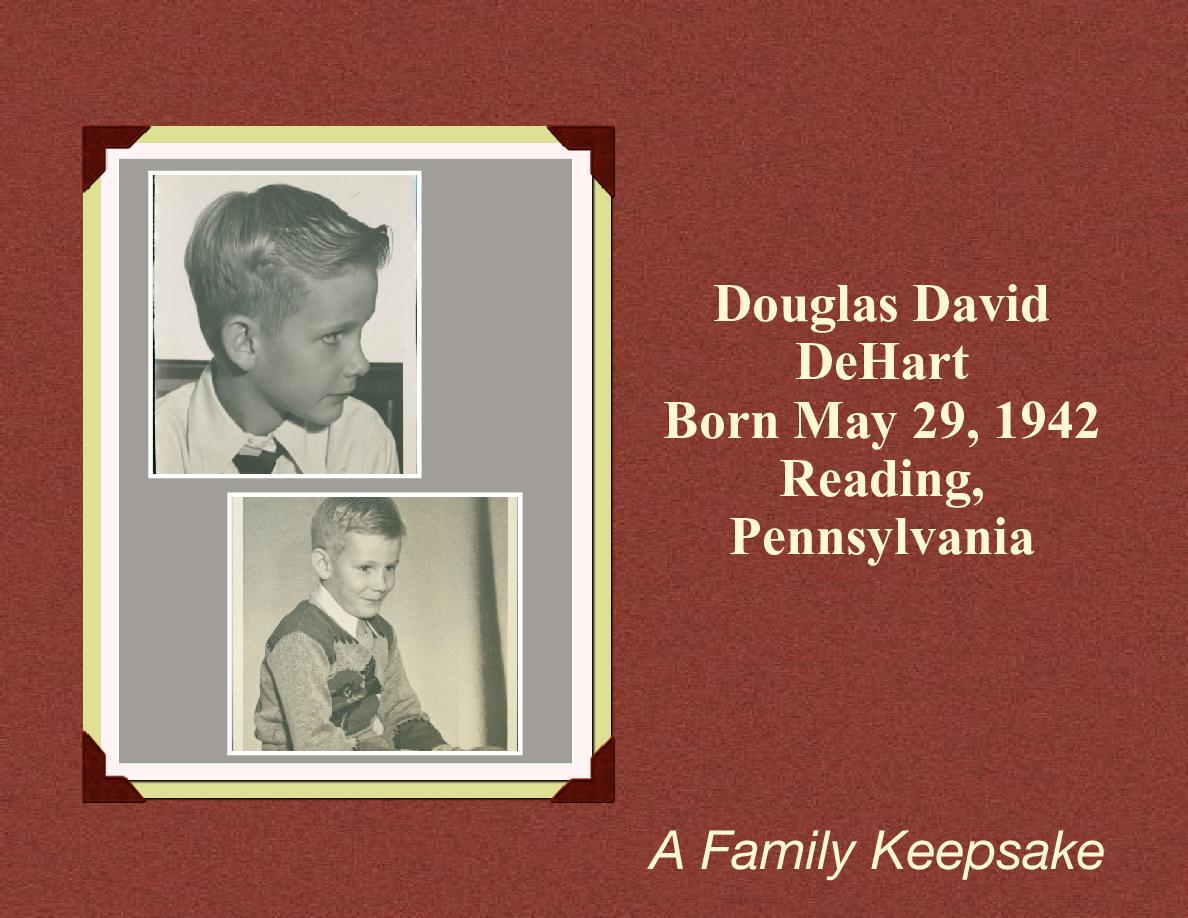 A history of the DeHart family, dating back to Symon (Simon) DeHart, of Nieuwkoop, Netherlands.

Karen Faith DeHart is the wife of Douglas DeHart. They met in the Summer of 1979, and quickly fell in love. They were married April 18, 1980 in Stow, Ohio.

Douglas DeHart is a Veteran, an Entrepreneur, obsessed with politics, a devoted father of 4 (David Douglas and Sarah Ruth, as well as Karen's own 2 boys from a previous marriage). While most people would be frightened when confronted with various trials in life, Doug always thrived. His motto was "we'll just have to figure it out!"

Messages from the author:
More Books by kdehart