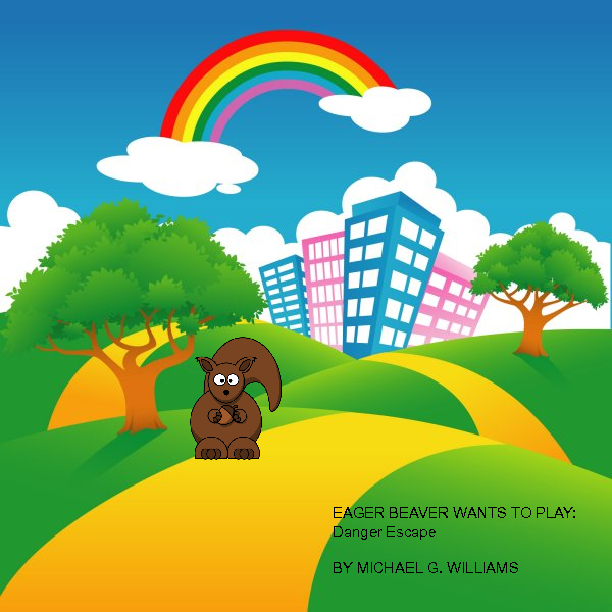 Eager Beaver is a story about a little beaver that gets bored and wants to play but her boredom and choice of play gets her into a bit of trouble. This rhyming story tells how a curious and mischievious Eager Beaver learns the hardway that some play can be dangerous.

Michael G. Williams is a writer who enjoys structuring the written word in various ways. He published his first novel, “An Extension of Time to Die For” in 2004. His goal and dream is to share his love for creativity. He received a Master’s degree in Criminal Law at the University of Alabama and an Educational Specialist degree at Liberty University in Lynchburg, Virginia. He continues to pursue educational endeavors by working to complete his Educational Doctoral degree in Curriculum Theory. While pursuing his Master’s, he worked as a Radio Disc Jockey and continued writing fictional works in the form of short stories, poems and songs. He was also involved in the Theater and worked in the music industry. He has been an acting instructor, worked on independent films, and performed in gospel videos. He has worked as a Correctional Officer, a Law Enforcement Officer, an Educator for grades K-12 and now works as a Special Education Liaison for the school board. He owns a small..