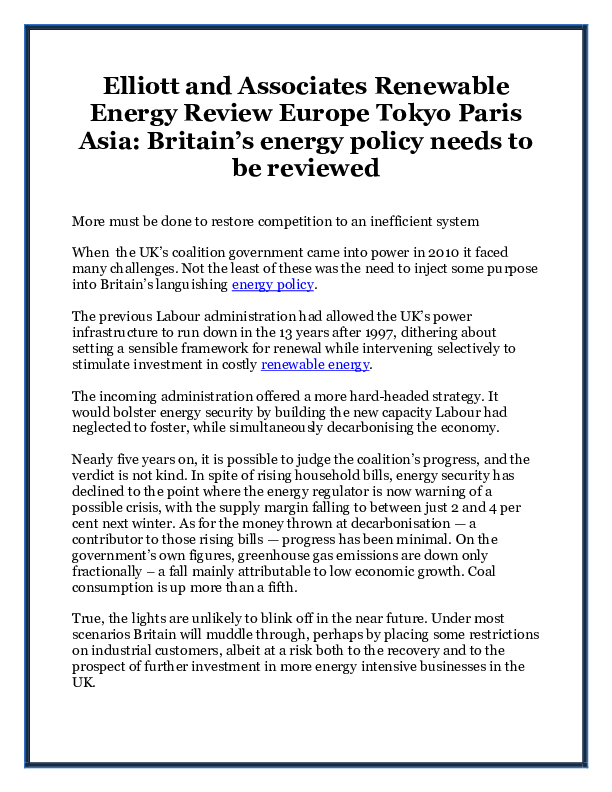 More must be done to restore competition to an inefficient system

When the UK’s coalition government came into power in 2010 it faced many challenges. Not the least of these was the need to inject some purpose into Britain’s languishing energy policy.

The previous Labour administration had allowed the UK’s power infrastructure to run down in the 13 years after 1997, dithering about setting a sensible framework for renewal while intervening selectively to stimulate investment in costly renewable energy.