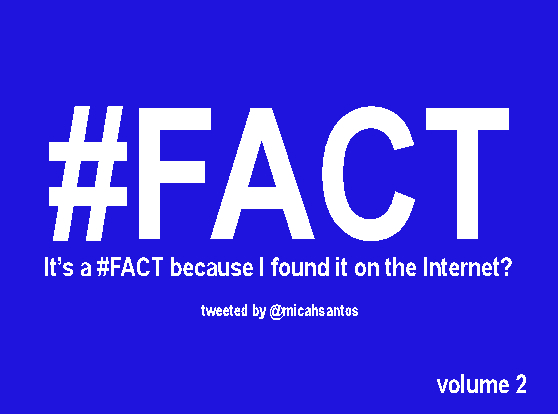 This book is the second volume of a compilation of fun facts that were tweeted by @micahsantos for the series #FunFactThursdays tweeted every Thursday. It's a #FACT because I found it on the internet? The idea was to create fun facts that have a hint of truth but are obviously untrue and to do it in such a way that it would be funny (but mostly corny). Another part of the challenge was to do it on or under the 140 character limit.

#FACT A Zebra was accidentally harmed in the making of the bar code for this book. It's true

This book is a compilation of fun facts that were tweeted by @micahsantos for the series #FunFactThursdays.