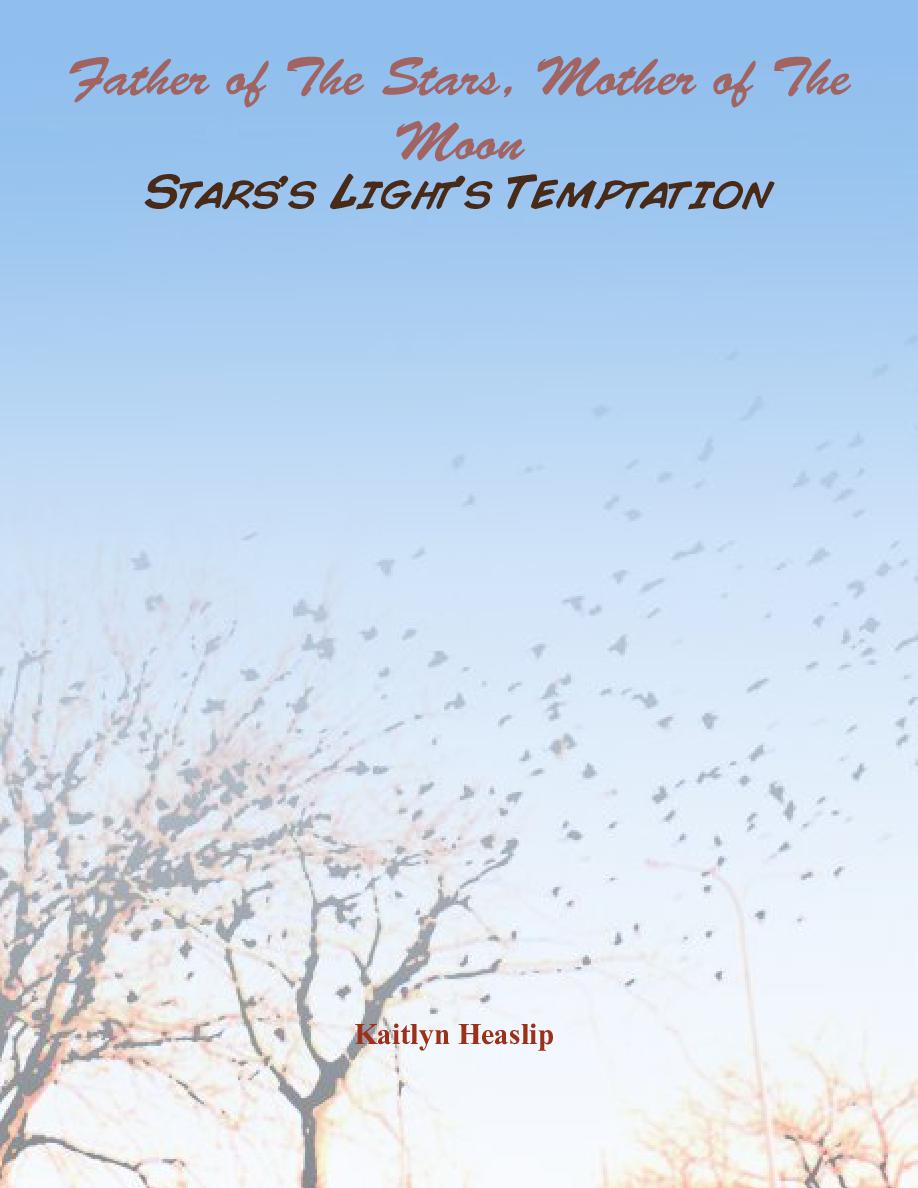 Star's Light has heard the stories. Her mother was driven out of her home, her half brothers and sisters and their father that were dead, and how their current father had attempted to kill them, but was trying to redeem himself... She hadn't been there. She hadn't been born yet. But now, Willow tells of her journey to find her mother. But is what she reveals enough to stop a headstrong Star's Light form making the wrong decision, and if not, how will it end for her and her family?

Ivy Crawling likes reading and writing. She writes the Father of The Stars Mother of The Moon series, and is working on another series she does for her and her friends she considers to be called The Smudgy Novels, about a cat acting as herself in an alternate dimension. She has also written one book on UFOs, as for she believes in alien life. He closest friends are Nadia Steffan and Colleen Heaslip, and she has a boyfriend, David Zendrian. Ivy has one dog named Barley, who is a three year old black mouth cur. Though Ivy has a dog, she really would like to have a cat.

More Books by Reed The Monarch