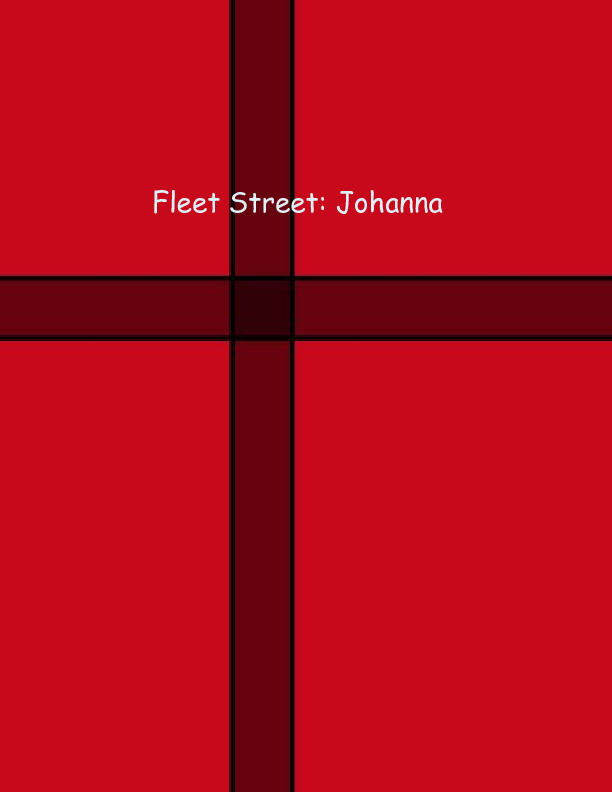 Johanna Lucy Hope is your average teenager from London, England. The twist is, she's the granddaughter of the renound Sweeney Todd: The Demon Barber of Fleet Street. She trails tough times and wonders that seem impossible to any normal bystander. She faces truest of true loves, death, magic, and supernatural wonders beyond anyone's imagination.

Kayla Louise Guadalupe grew up in the Bay Area. Her first public school was Orinda Intermediate School, home of the Bulldogs. Other than reading, she enjoys acting, singing, and just...performing whatever chance she can. She started performing when she was four years old and has done 27 shows. Her dreams are to persue acting and singing. Kayla is inspired by stories like Sweeney Todd, The Nightmare Before Chirstmas, and other Tim Burton Tales. Other than that, Kayla's favorite musical is the quirky show "The Great American Trailer Park Musical" for its saracasm, humor, swearing, use of words and use of characters.