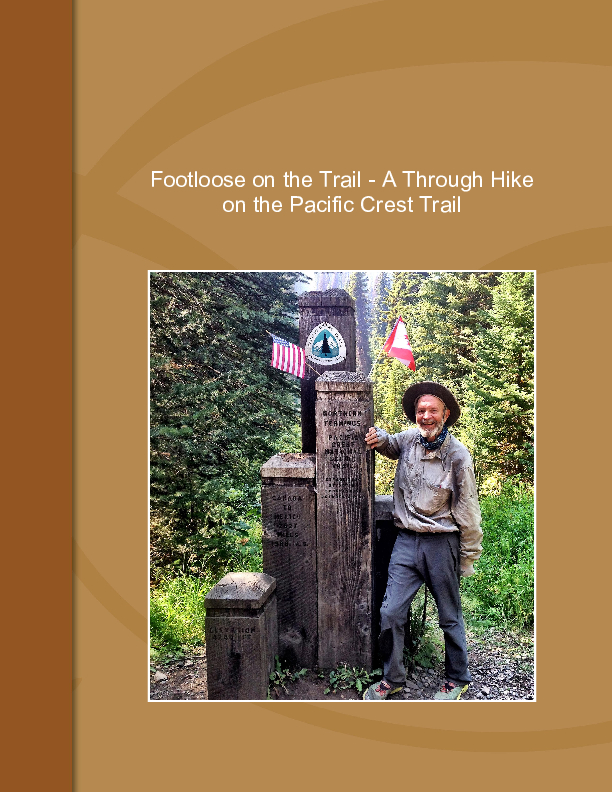 The Pacific Crest Trail runs from the border with Mexico to Canada. This book documents the daily blog of a 65-year-old who made this epic hike in 2015.

I have always loved the wilderness. When I learned about people who had hiked the Pacific Crest Trail, I was amazed. I began my research and decided that I would hike the trail myself. I just needed to retire first! I also began almost two years of training and started on my adventure on April 16, 2015. After more than four months I arrived at the Canadian border on August 20, 2015. What an adventure!