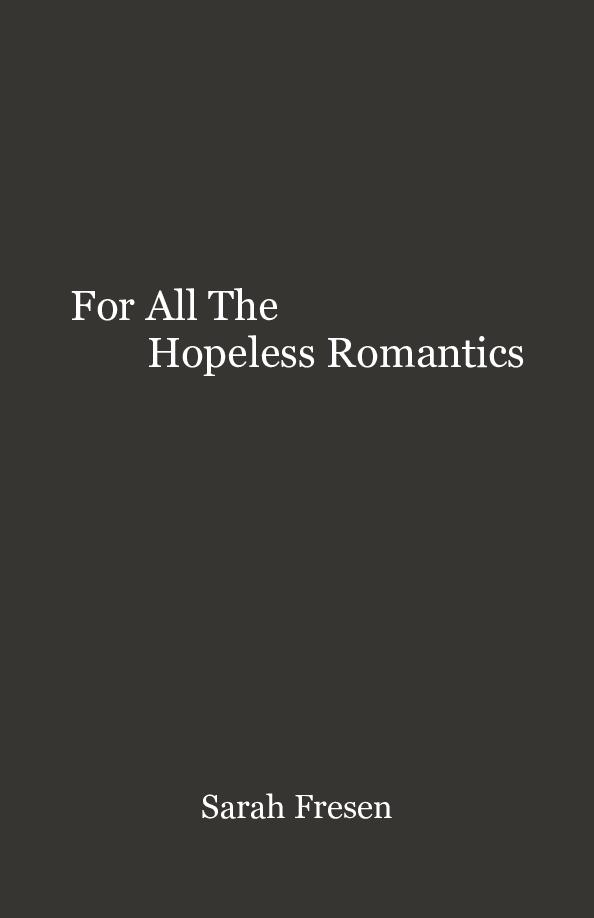 For All The Hopeless Romantics

In the ancient tribe, Kiowa, the women were meant to stay home in the safety of the soldiers. One night, seven women escaped and went to dance in a clearing in the forest. Enter three bears, who chased them until they found undetermined safety on a three-foot-high rock. One of the women started to pray to the rock, asking it for protection and safety. The rock began to rise, higher and higher, until the bears could no longer reach them and the rock broke their claws. However, pushed them so far up, they turned into seven stars. The Pleiades. The stars' inevitable fate is clear: they will one day begin to move away from each other. There is no explanation and no way to stop it. It's a force of nature.

This poetry book, is my way of showing you how we are not much different from the stars. Us, we will eventually all become like the Pleiades. We will lose one another.