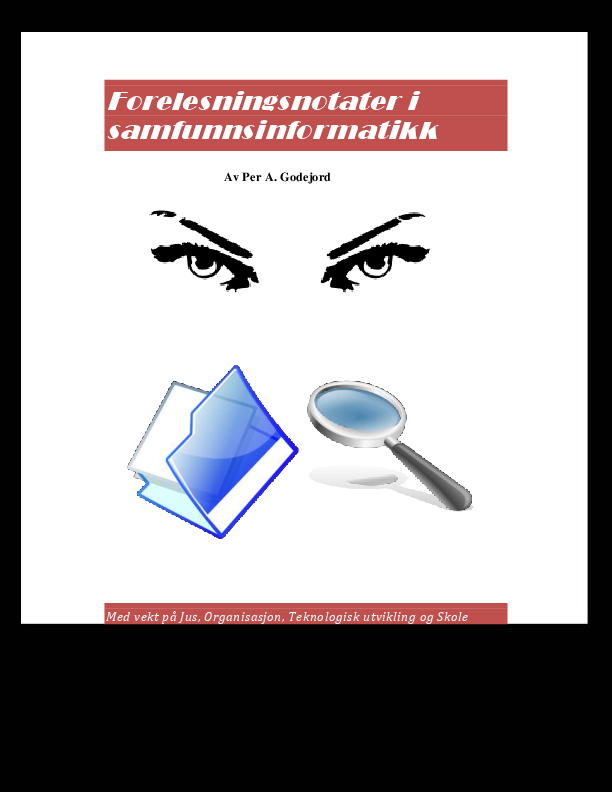 Per Arne Godejord (born 24 May 1965, Bergen, Norway) is a Norwegian senior lecturer in social informatics , dean and politician (H). He is currently working at Nord-Trondelag University College. His work as a lecturer was focused on didactics of social informatics, using the theme of sexual abuse of children on Internet as a way of teaching social informatics to both computer science students and teacher education students.

Messages from the author:
More Books by godejord