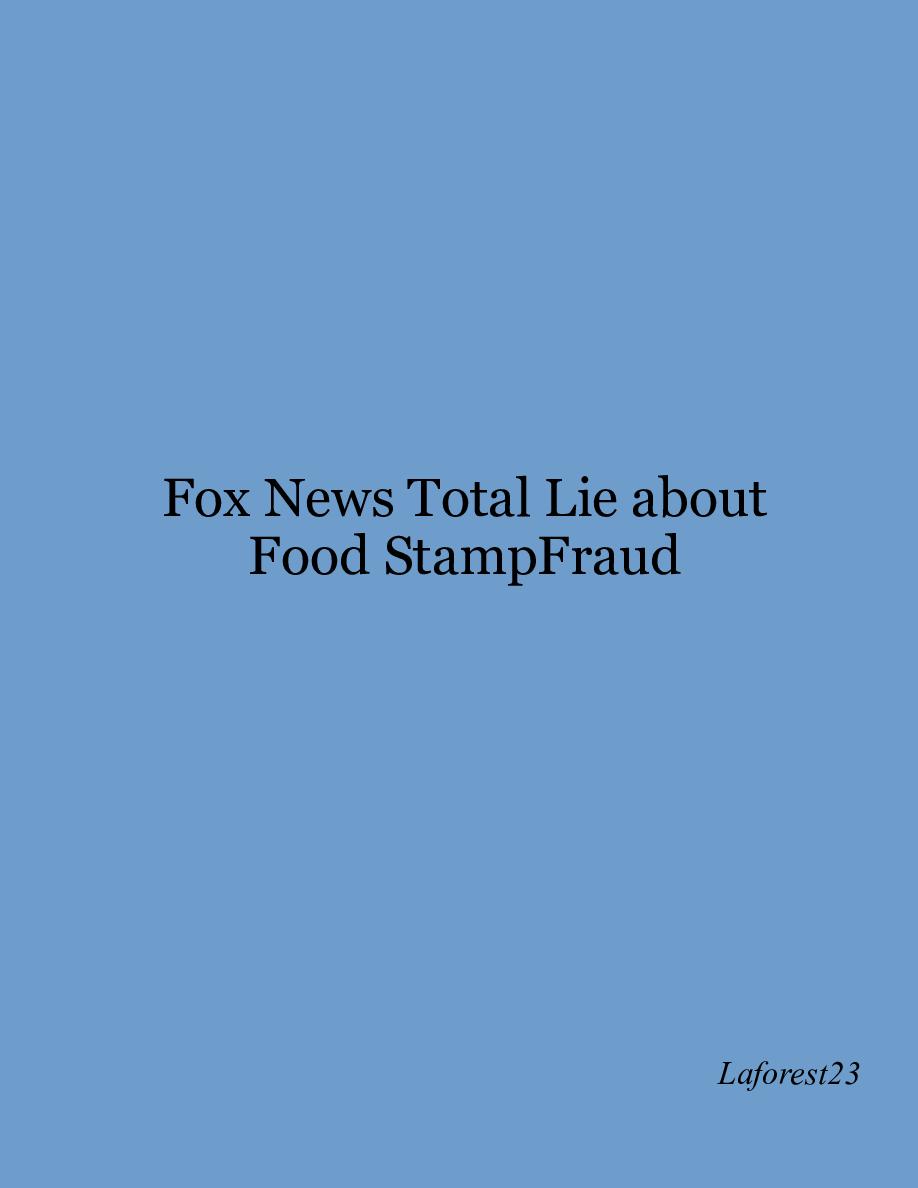 Fox News' Abby Huntsman this week delivered an entirely false story about food stamp fraud to "Fox & Friends" viewers, sparking a rare request from the U.S. Dept. of Agriculture for the right wing cable news giant to issue a retraction. As NCRM reported, Huntsman told viewers that food stamp fraud is at an all-time high and totaled about $70 million in 2016. That would be 0.09% of the total amount of food stamps issued annually, an incredibly low number, actually, but false nonetheless. Fox News also lied; claiming food stamp fraud was at the highest level ever. It's actually not, and it's actually decreasing.