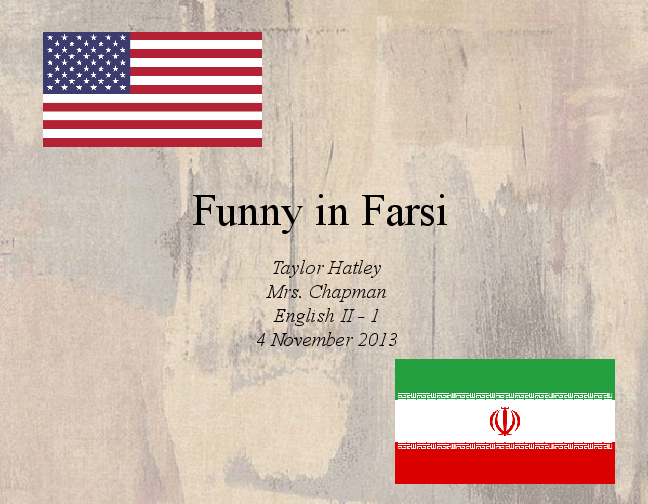 Funny in Farsi is about a 7 year-old girl named Firoozeh from Abadan, Iran who moves to the United States with her family to start a new life. She didn't know any English, so she felt extremely out of place her first day at school. That wasn't the worst part about it though, her mom attended school with her for the first couple of days. Firoozeh's mother was uneducated and did not speak English either, so you can imagine how embarrassed Firoozeh felt. Firoozeh's family deal with racial issues throughout the book. She later attended U.C. Berkeley where she met her husband. Firoozeh's parents did not approve of Francois, but they learned to accept him.