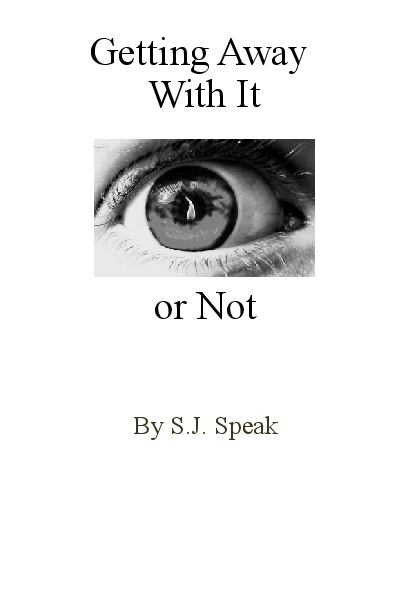 Getting Away With It or Not

This short story collection takes the reader on a wild ride over the speed bumps of human instinct and cunning. Some stories explore the dark side, places we go and choices we make as a species that we know we shouldn’t, but end up anyways. In total contrast, the humor weaved throughout this book will stay with you long after you turn the last page. From the cosmopolitan streets of Paris, to the sordid side of the Playboy Mansion, these stories will keep you wondering; will they get away with it or not?

Stephen Speak lives in a small town in Idaho. He was born and raised in Bolton England. He published his first book of short stories in 2012 called "Catch" retelling ten great fishing tales from places all over the world. He went to Rivington and Blackrod High School, were he eventually became Head Boy in the final year of the Sixth Form. At age 18, he left England to play professional cricket for a team called Yandina in Queensland, Australia. On his return in 1991 he went to University in Cardiff to study sport and human movement. He graduated and moved to Long Beach, California and lived there until 2008. He currently works at a Junior High school in Mountain Home, Idaho to be close to his son, Nefyn James Speak.