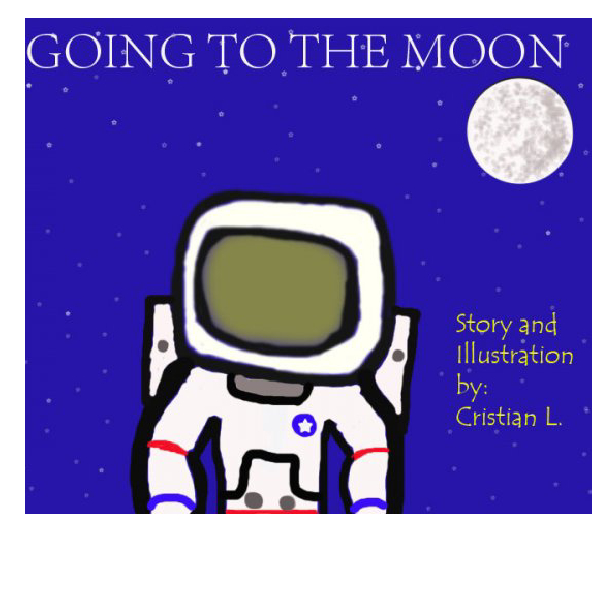 Going to the Moon

This book is about a boy who dreams he is an astronaut. He is on the moon, and is on a mission to find the "rare rock". This "rare rock" is basically a rock that can generate unlimited electricity. While on the moon he not only finds the rock but also an alien named Ryan. They become friends and have fun by racing each other on their space ships. After the boy says goodbye and goes back to earth. There he retrieves the rock to the scientist. After the boy wakes up he isn't sad that it was all a dream. He is devoted to making his dream a reality.

My name is Cristian Leiva and I am 16 years old. I attend King High School and am a sophomore. Ever since I was little I was fascinated by astronauts and everything that had to do with space. This is what gave me the idea to create a book about a boy who travels to the moon. Hope you guys enjoy this book.