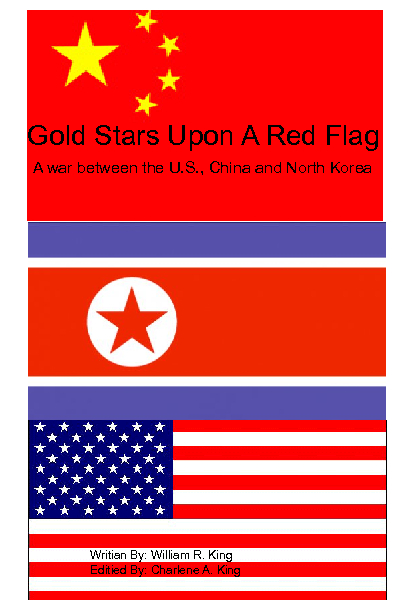 Gold Stars Upon A Red flag - The war between the U.S., China and North Korea

War has broken out across the Korean peninsula. U.S. Bases are being attacked on a regular basis. The body count is at 1,587 U.S. Soldiers, dead. China Has declared war on the U.S. as the U.S. declared war on North Korea and China. Private First Class William King, a young combat medic fresh out of boot camp is now in the middile of all of this.

My name is william king. I am a writer as well as a artist. I am 15 and currently living in oregon with my family. When I turn 18 my plan is to join the army as a combat medic. I've always been interested in the military, so why not do it in a medical field?