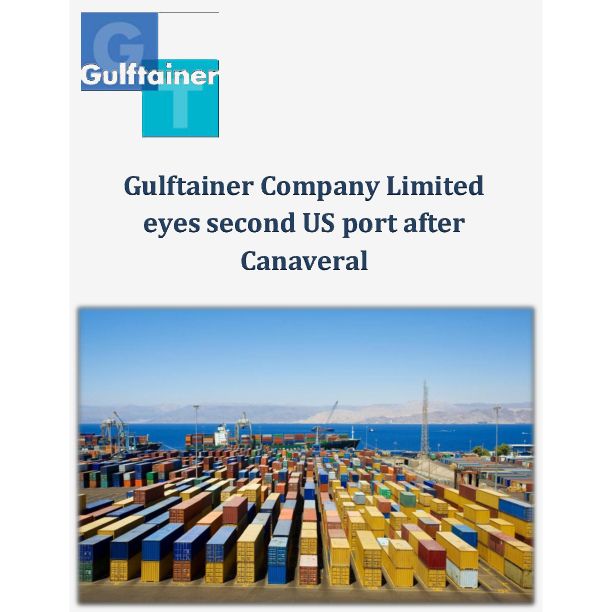 Dubai: Gulftainer, the Sharjah-based shipping container terminal operator, expects to add a second terminal in the United States to its portfolio in the first quarter next year, Managing Director Peter Richards said on Tuesday.

Gulftainer, which operates terminals in the UAE, Saudi Arabia, Iraq, Lebanon and Brazil, announced last week that it has signed a 35 year lease for Port Canaveral, Florida, its first US terminal. It will start operations at the port, which it estimates has an annual capacity of 200,000 TEUs, or the equivalent of 200,000 20-foot-long shipping containers, from July 1.

Established in 1976, Gulftainer is a privately owned, independent port management and 3PL logistics company based in United Arab Emirates (UAE) and for more than 38 years we have been delivering a world-class performance to our customers.