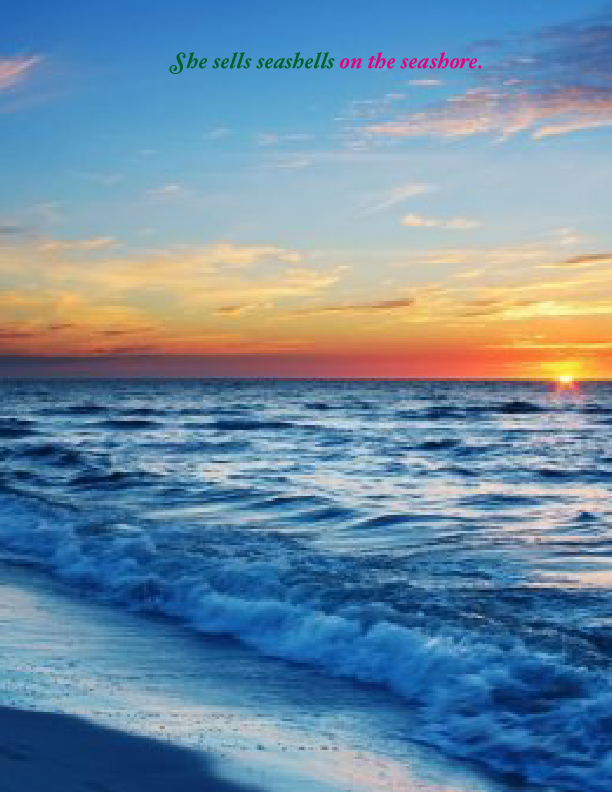 The "sea" or the "ocean" are words used to describe all the interconnected salt waters of the world including the five great oceans."Sea" is used in the name of specific, smaller bodies of seawater. Seas of the world usually make up partly landlocked areas within the much larger five great oceans.Some marginal seas of the Southern Ocean include: Amundsen Sea, Ross Sea, and Weddell Sea.Some marginal seas of the Atlantic Ocean include: the Argentine Sea, English Channel, Gulf of Mexico, Hudson Bay, Irish Sea, North Sea, and Norwegian Sea.In the Atlantic Ocean, the American Mediterranean Sea is the combination of the marginal seas of the Gulf of Mexico and the Caribbean Sea.

My name is Fiza Adnan and my age is 11.My nickname is Fizzo and Pizza.I study in Beacon House School System Jubilee Campus in class VI-A.I was born in 2003 and my birth date is 31st July.I am very good in drawing and my colouring is very colourful and attractive by which my drawing looks nice.My favourite subjects are:-Maths,Urdu,English and Science.My best friends are:-Priti,Esha and Bareera.I write english and urdu stories very good.