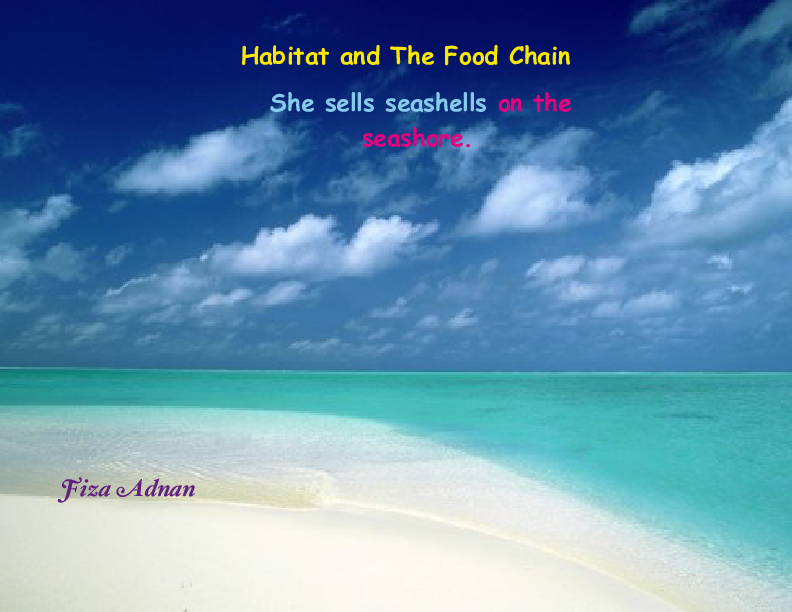 The "sea" or the "ocean" are words used to describe all the interconnected salt waters of the world including the five great oceans.

"Sea" is used in the name of specific, smaller bodies of seawater. Seas of the world usually make up partly landlocked areas within the much larger five great oceans.

Seas only partially landlocked and/or bounded by submarine ridges on the sea floor are often referred too as marginal seas. Opinions often differ over which seas are considered marginal seas, some are found within mediterranean seas.

A concentration basin has a higher salinity (salt) level than the open oceans due to evaporation. The upper layer of water is an inflow of fresh oceanic water and the bottom layer of water is out flowing saltier water.

My name is Fiza Adnan and my age is 11.My nickname is Fizzo and Pizza and I study in Beacon House School System Jubilee Campus in class VI-A.I am very good in drawing and my colouring is very attractive and colourful by which my drawing looks very nice.I write English and Urdu stories very good.My best friends are:-Priti,Bareera,Eman,Zahra,Zainab and Esha.