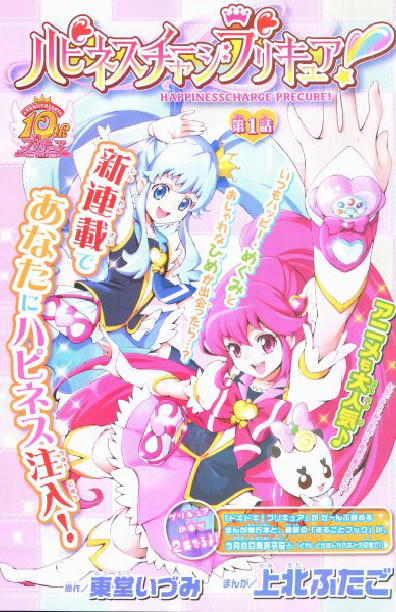 The ruler of the evil Phantom Empire (幻影帝国 Gen'ei Teikoku?), Queen Mirage, begins her invasion on Earth using an army of Choiarks and powerful monsters called Saiarks. All across the world, Pretty Cures are dispatched to fight against the Phantom Empire threat. Hime Shirayuki, a princess from the Blue Sky Kingdom (ブルースカイ王国 Burū Sukai Ōkoku?), which was taken over by the Phantom Empire, joins the fight as a Pretty Cure named Cure Princess, but always finds herself running away scared.

Given a Crystal of Love by the Spirit of Earth, Blue, and told to seek out a partner to fight alongside her, Hime goes to the city of Pikarigaoka (ぴかりが丘?) and randomly throws the crystal in the air, deciding to partner up with whoever it lands upon. This person turns out to be Megumi Aino, a kind-hearted girl always looking to help others, who is recruited by Hime to fight by her side as Cure Lovely. Using the power of the Pretty Cards and their changing forms,..