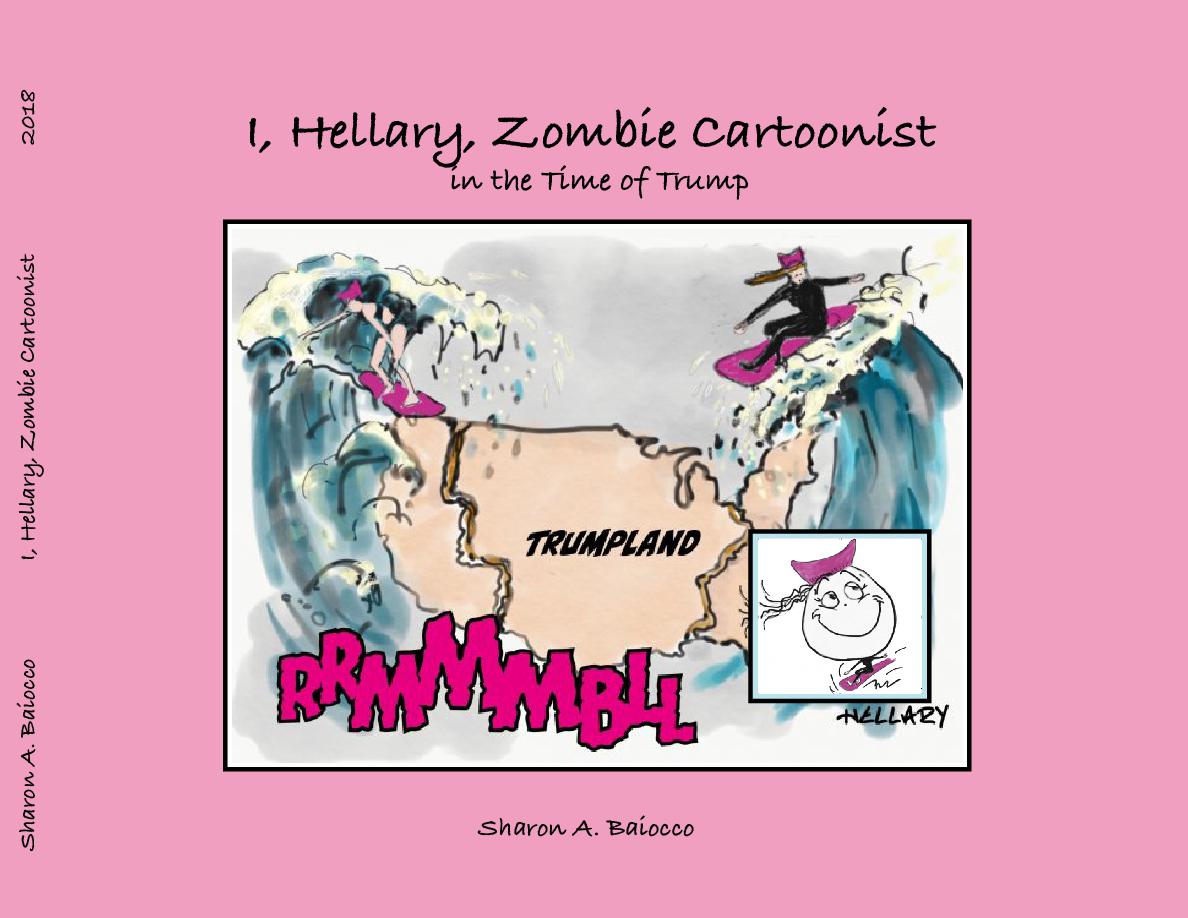 I, Hellary - Zombie Cartoonist in the Time of Trump

Like it
11"x8.5" - Choice of Hardcover/Softcover - Color Trade Book

This is the story of my resistance to the presidency of Donald J. Trump. After the Women's March in January, 2017, I became a zombie cartoonist on Facebook, spewing out my outrage and horror at the actions of Trump and his supporters. It continues until he departs the White House in ignominy. This is likely to be Volume 1.

Sharon A. Baiocco is a retired English professor and dean who lives in Charlottesville, Virginia, and fancies herself a writer and an artist. She lived in Western New York for most of her life, but now resides in Virginia. She became a Facebook zombie after the 2016 election of Donald J. Trump.