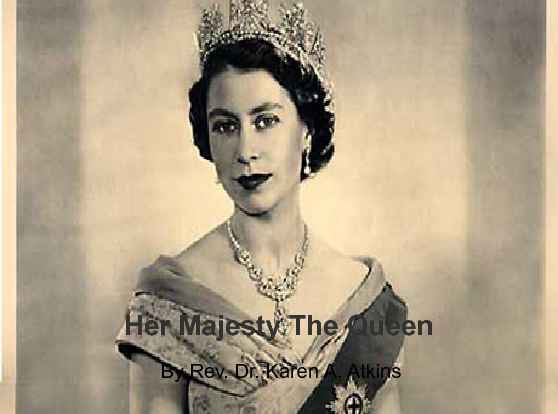 Elizabeth II (Elizabeth Alexandra Mary; born 21 April 1926) is the reigning queen of 16 independent sovereign states known as the Commonwealth realms: the United Kingdom, Canada, Australia, New Zealand, Jamaica, Barbados, the Bahamas, Grenada, Papua New Guinea, the Solomon Islands, Tuvalu, Saint Lucia, Saint Vincent and the Grenadines, Belize, Antigua and Barbuda, and Saint Kitts and Nevis. In addition, as Head of the Commonwealth, she is the figurehead of the 54 member Commonwealth of Nations. She is the titular Supreme Governor of the Church of England where it is the established church.

At Elizabeth's birth, the British Empire was a pre-eminent world power, but its influence declined, particularly after the Second World War, and the empire evolved into the Commonwealth. Her father, George VI, was the last Emperor of India and the first Head of the Commonwealth. On his death in 1952, Elizabeth became Head of the Commonwealth, and constitutional monarch of seven independent Commonwealth countries: the United Kingdom, Canada, Australia, New Zealand, South Africa, Pakistan, and Ceylon. During her reign, which at 58 years is one of the longest for a British monarch, she became queen of 25 other countries within the Commonwealth as they gained independence. Between 1956 and 1992, half of her realms, including South Africa, Pakistan, and Ceylon (renamed Sri Lanka), became republics.

In 1947, Elizabeth married Prince Philip, Duke of Edinburgh. They have four children and eight grandchildren.