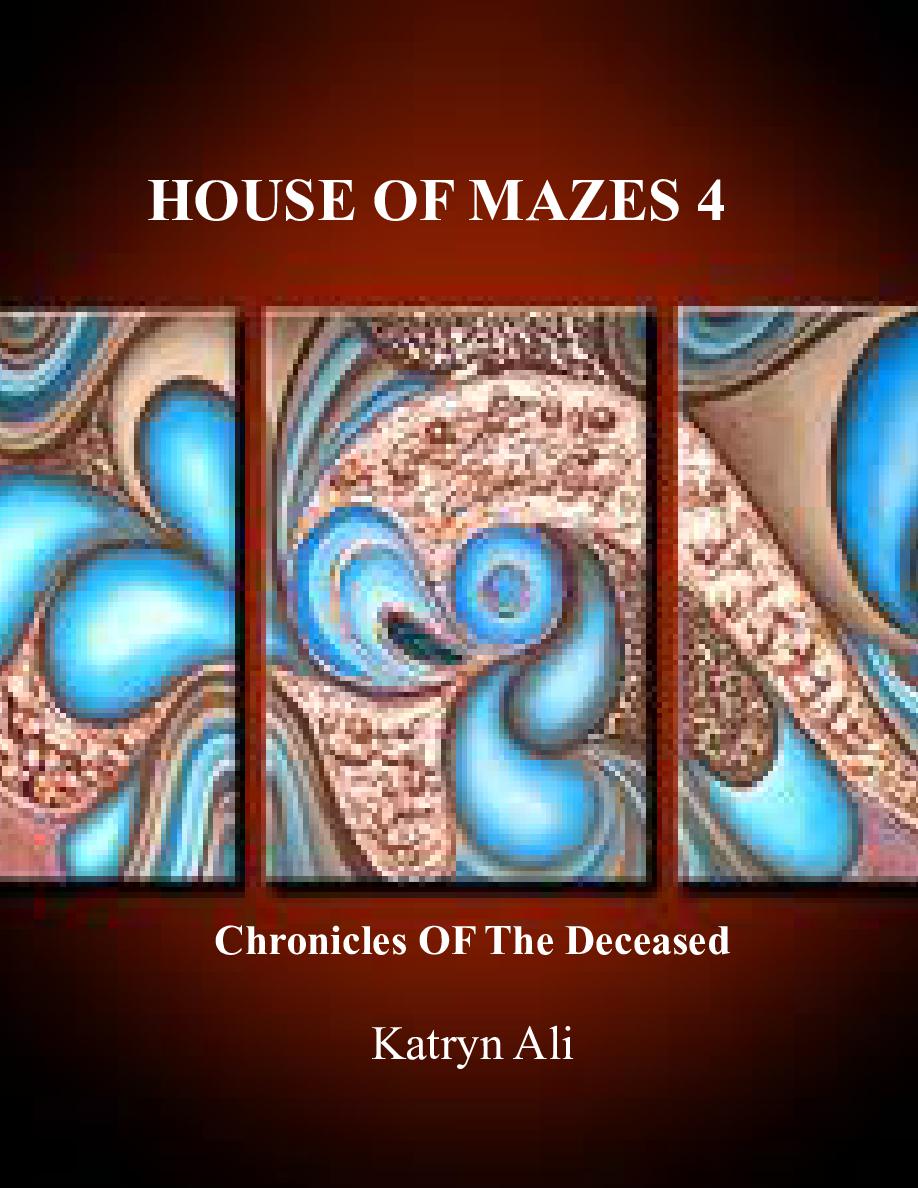 HOUSE OF MAZES 4 - Chronicles Of The Deceased

Here it is, book 4 of the Chilling Spine series...

Find out just what happened to Levi John Talon (Spine) and how he became the most feared demon of Hell. The book will keep you glued to your seat!

Meet Annabri, a youth who has just been kicked out of the orphanage to fend for herself, and a special minister she meets. He is more than meets the eye. Packed with twists and turns and a surprising ending.

Also in this series the same Angelic characters can be found in another series of mine called: The Angels Of The Lord Chronicles, which is a 6 book set. On sale now where published.

Katryn Ali loves to scare people and spook you she will. Don't go right to bed after reading this and NEVER read it all alone in your house. You will want to keep the lights on all night.