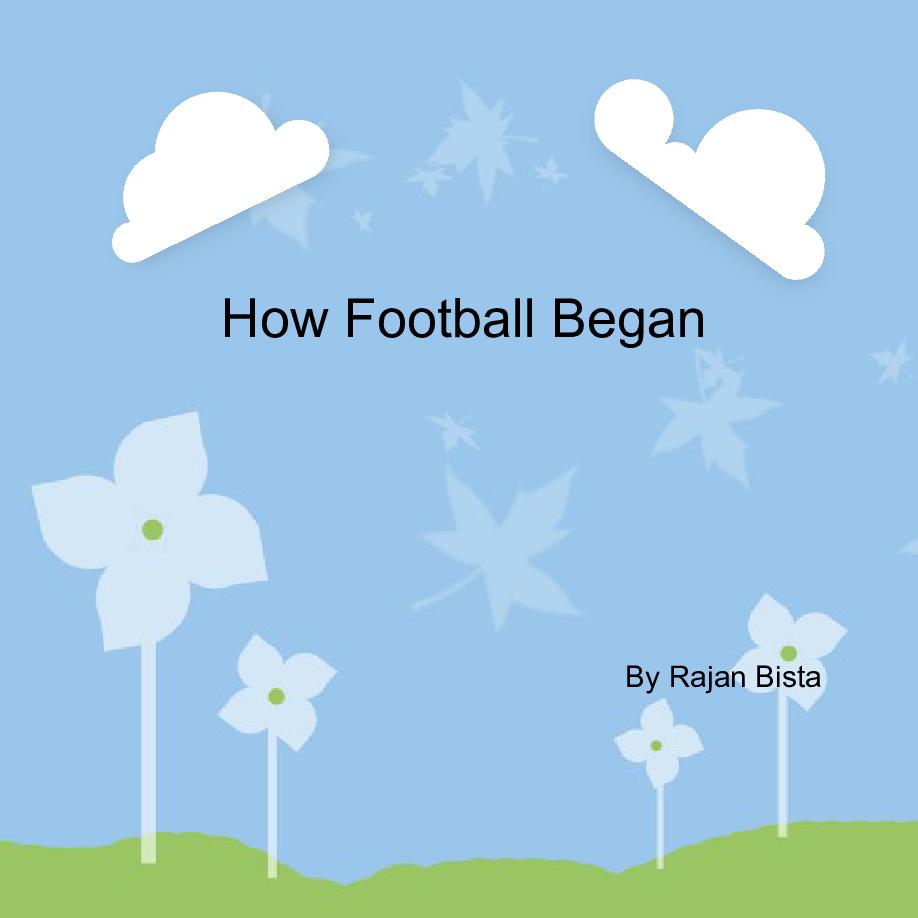 How Football Began is about Milo the main character. The first professional player. One night Milo saw a giant ball fell from the sky. The giant ball was a spaceship. Inside the ball there was a Alien. People thought the Alien came to hurt them, but it's not true. All that the Alien wanted was to be in a line that said touchdown. Milo and his friends went to the Aliens planet named Sunplu. There he learned to play football, with the Aliens. he stayed in Sunplu for almost a year. He head back home and taught people how to play. The president announced a new sport named football will be played by the Americans. That one night changed Milo's life.

The Author's name is Rajan Bista and he is a freshman in Newburyport High School. He loves playing soccer and working out.