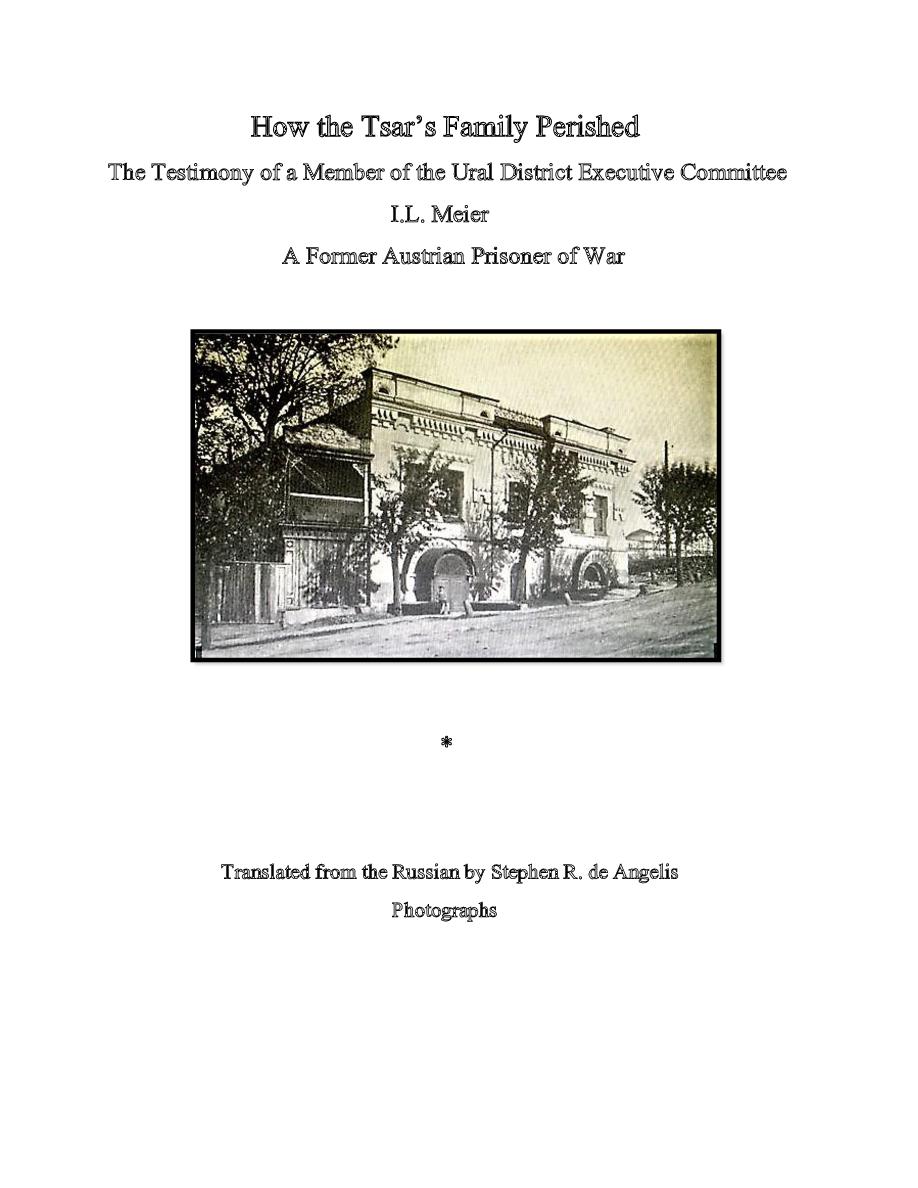 Testimony of I.L. Meier, a captured Austrian prisoner of war, who became a member of the Ural District Executive Committee in Ekaterinburg, and was witness to the days leading up to the execution of the Imperial Family and immediately afterwards. He attended the Revolutionary Committee meeting, where the decision was made to annihilate the Tsar, His Family and Their servants.

He also viewed the Ipatiev House basement room, where the Romanoffs were shot and were still "in situ".