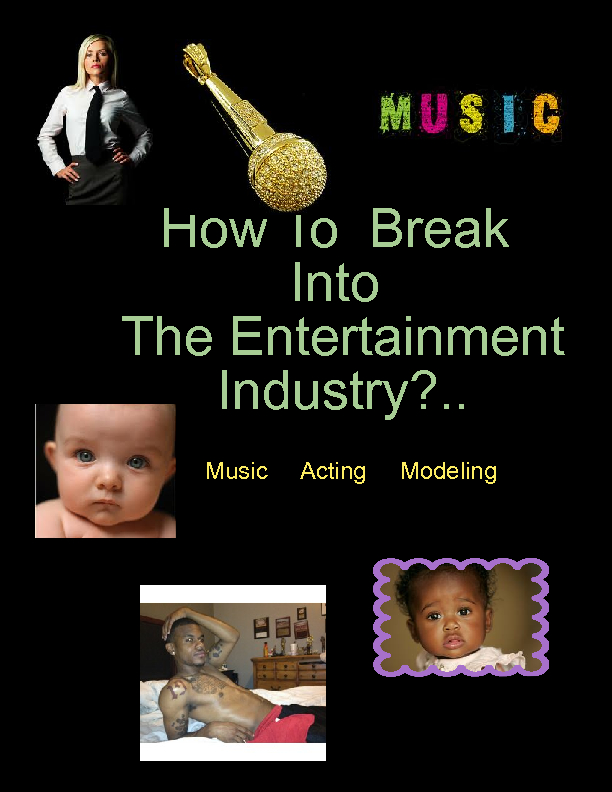 How To Break Into The Entertainment Industry

This book will show, teach and guide you to the right path to break into the entertainment industry!

fatimah bashir is a awesome person.
she was born in west Africa.
she was raised in America 'West Philadelphia'

What made Fatimah write this book?
'' Well, i have modeled in New-york City, I've been successful in my modeling career for 4 years. After, i moved to Miami Fl, I've tried to start my acting career there but, I've came across some non legitimate modeling and acting agencies and they tried to tell me to pay them to take a photo of me and they'll send it out to the top pros, I've
already knew the game. So i went on my own and got some college students to take my photos and i went online and brought me a list of modeling and acting agents and started my
career in modeling. so that's why i came up with this idea of making a book and teaching other people that wants to break in the entertainment filed just like i did!''