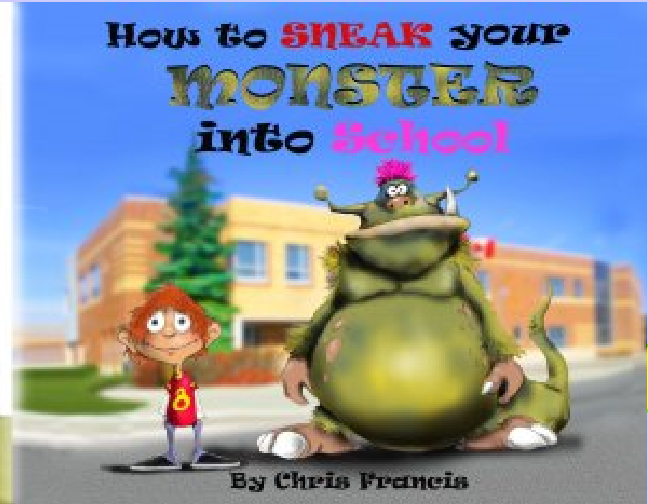 There are 22 very important steps you need to follow in order to sneak your Monster into school. This book will teach you how to be sneaky, how to distract, and how to show your Monster that you care. Before you begin, you will need large sunglasses, a can of worms, a bright red clown nose, peanut butter, a pink wig, and an extra-large toothbrush.

Christopher Francis was born in Brisbane, Australia, on June 21, 1974. At 19, he was accepted into the Animation program at Sheridan College, and then graduated with a degree in Sociology from McMaster University. Following a two year adventure overseas working with children, Christopher completed a Bachelor of Education at York University. He is now teaching junior level students in Burlington, Ontario.

Through Christopher’s experience working with children, he found writing and illustrating to be one of his passions. Currently working on a middle grade series, Christopher has recently completed and illustrated the first two books entitled: Solving Damian Dermite and Respecting Mr. Ravi. He has also created two primary leveled books called Mr. Pancake Turkey, and Mr. Pancake Turkey’s First Christmas. Additionally, Christopher has illustrated children’s novels for several independent authors including Kids4kids.com, BrendanKelly Publishing, Highview Press.com and Trimatrix. They all can be viewed on francisart.com.