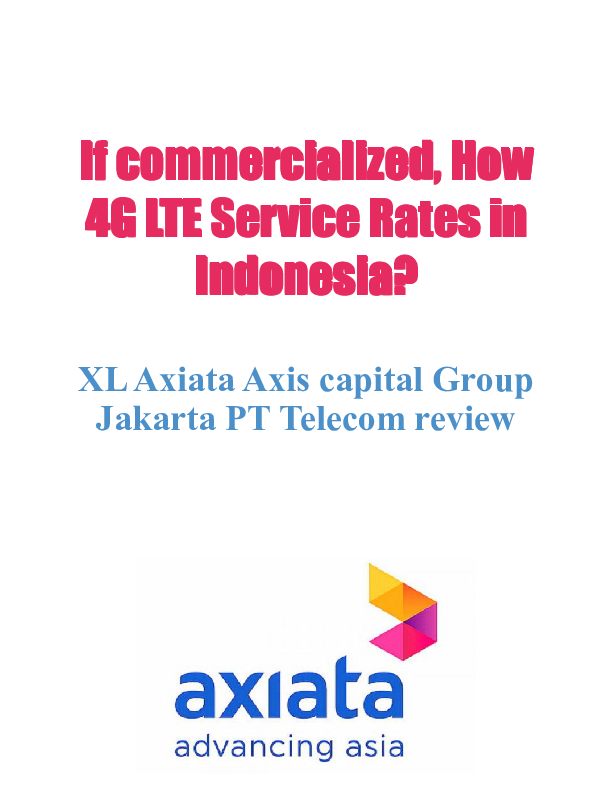 4G LTE in Indonesia now raged. Therefore, a number of operators are doing trials in some particular point in Jakarta. Still in the stage of pre-commercial, if commercialized, how fare 4G LTE mobile will be charged to the customer?

This question is quite reasonable because 4G facility of course will be much more severe than 3G. There is such then there is the price. If so then the 4G 3G so. Are mobile operators will raise prices, data services in Long Term Evolution network technology?

President Director of XL Axiata, Hasnul Suhaimi said that if commercialized XL will not raise rates to users who want to taste 4G LTE. He focuses on the user experience is not fare.

Axiata Group Berhad is one of the largest telecommunications groups in Asia with over 250 million customers. Axiata’s vision is to be a regional champion by 2015 by piecing together the best throughout the region in connectivity, technology and talent, uniting them towards a single goal: Advancing Asia.