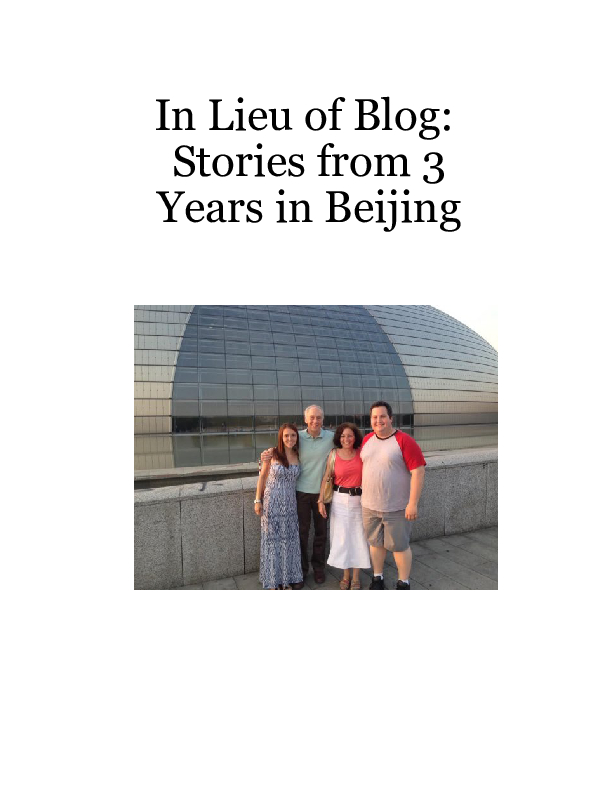 In Lieu of Blog - Stories from 3 Years in Beijing

Bob Davis moved to Beijing, China during the winter of 2011. After nearly 6 months of traveling back and forth to the U.S., he was joined by wife Debbie Bruno. The pair settled in a three-bedroom apartment in the swanky Sanlitun area for 3 more years.

Both of the couple's children, Daniel and Joanna, also lived in China during this 3 year period.

Bob Davis reports for the Wall Street Journal. He lives in Washington D.C. with his wife, and their cat. Unfortunately, the cat mentioned in this book has since deceased. The newer, less-traveled, member of the family would like to add that she does not do well with airplanes.