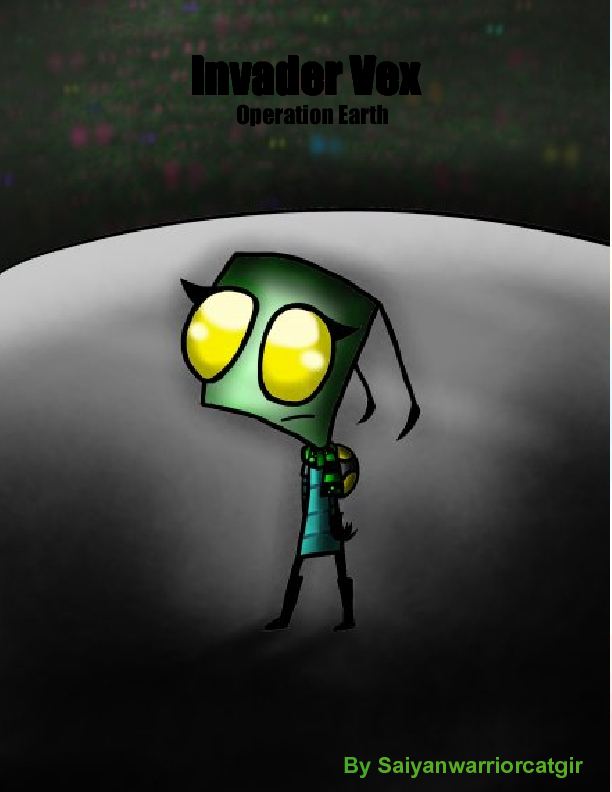 This story is about an Irken Invader named Vex, who travels to Earth with Invader Droyen (and his sir Patches) and Pepper (Vex's sir).Invader Droyen was suppost to be dropped off at Mars, but there is a change of planes. The four find themselves crash landing on Earth after Vex's ship breaks down. Here is their story.

Hi my name is Val, my DeviantArt name is Saiyanwarriorcatgir. One of my favorite cartoons is Invader ZIm along with Regular show and Adventure Time. I love anything that is funny or just plain random! In real life I have two dogs, one goldfish and five cats so its easy to tell i love animals. My favorite book series is Erin Hunter's Warriors and I also love to RollPlay Warriors. I love to write all kinds of storys and I hope you injoy this one as well!