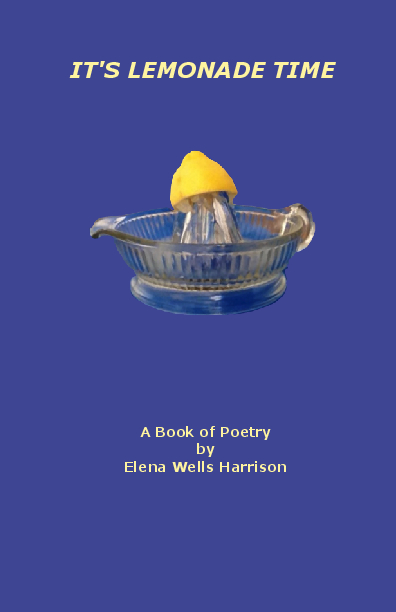 This book is a collection of poems written by Elena Wells Harrison. Mrs. Harrison discovered poetry later in life and it soon became the means through which she channeled her creative talents. These poems are her homage to the events and experiences of her life. The collection will be published to commemorate her ninetieth birthday.

The book is divided into four parts:

There are a total of fifty poems in this collection.

Elena Wells Harrison was born on November 4, 1923 in Hapeville, Georgia. Her parents were both educators (her father was the Superintendent of Fulton County Schools) and they instilled a respect for education and a love of words to Elena and her four siblings. During registration for her junior year at the University of Georgia, she met Robert Harrison, who upon graduation joined the U.S. Army and eventually served in three American wars. This military lifestyle deeply impacted Elena and Bob and shaped the way they raised their four daughters. After the girls were all old enough for school, Elena began her career, first as a Science teacher, then as a registrar for the Atlanta Public Schools. Later in life Elena discovered a love for poetry. As she describes it, verses just come to her, especially when she is not thinking about it. She possesses an ability to deftly craft a poem that commemorates any occasion. Her family and friends treasure these poems.